Scarecrows Return to Downtown Wayne for Another Fall Family Event 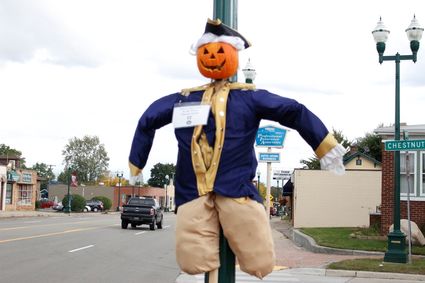 Since 2011, scarecrows have been appearing in downtown Wayne each fall season. Wayne's Scarecrow Show, organized by Wayne Main Street, is once again in full swing, with more than 50 originally-designed scarecrows on display throughout the downtown area.

Each year, community members participate by designing and dressing up a scarecrow to resemble pirates, witches, or celebrities. They can even be embellished to reflect a business or organization's mission or theme. Frames which hold the festive figures are provided by Wayne Main Street, a civic organization which promotes community service and creates events and programs that draw people to the downtown area. "Every year, we have residents, organizations, and other business that create a unique scarecrow to be displayed in Downtown Wayne," says Wayne Main Street's Executive Director Lori Morrow. "This event has become a staple of the city, something the resident look forward to."

The Wayne Scarecrow Show is more than just a display, it's a contest as well. Votes for favorite scarecrow are going on now on Wayne Main Street's Facebook page. In addition, residents and visitors will have an opportunity to vote in-person on Saturday, October 17 when Wayne Main Street hosts a Voting Contest and Reception in Derby's Alley, located at 34924 W. Michigan Avenue. The reception will feature music and cider, donuts, and apples, courtesy of the Dexter Cider Mill. The event will run from 12 to 3 p.m. and the 2020 Scarecrow Contest Winners will be announced. 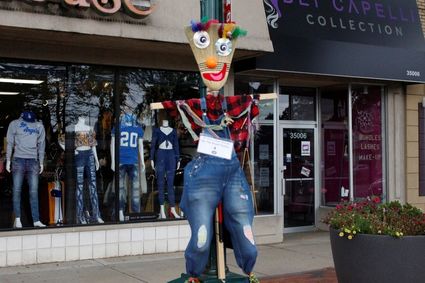 Morrow adds that the Scarecrow Show has in some ways provided an outlet for both youth and adults who have been confined indoors due to COVID-19 restrictions. "It got the businesses, the neighbors involved in projects with the kids and making a scarecrow is an art project for them, using their imagination--and it's fun for the businesses because they do the same thing as well," she says.

Scarecrows will be on display through November 6 and each wears a placard stating the organization or people who created it. Morrow says residents from other cities are welcome to visit and view the scarecrow show while taking in the city's downtown area. She looks forward to the event, adding, "Getting to know the people, getting to see their fun ideas...it's a great time for me to be part of this community."

To vote by Facebook, go to http://www.facebook.com/WayneMainStreet and view the photos there. Social distancing and masks will be part of the Voting Contest and Reception on October 17. "Come hungry, come happy and come check out our town," says Morrow.