THE PLOT OF THE MEAN 13 GOES BEYOND GOVERNOR GRETCHEN WHITMER! 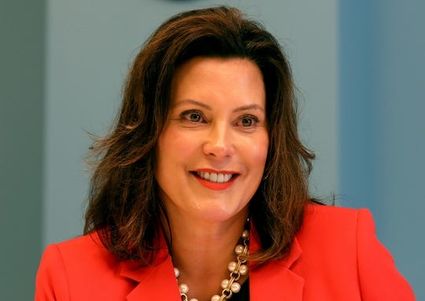 DETROIT – "Our lives begin to end the day we become silent about things that matter. The ultimate tragedy is not

the oppression and cruelty by the bad people but the silence over that by the good people. This comes at a time

when silence is betrayal," Rev. Dr. Martin Luther King, Jr. The recent takedown of the thirteen members of this

band of domestic terrorists who threatened to kidnap, place on trial, and carry out a sentence on the life of

Michigan Governor Gretchen Whitmer should be a call to action by all of us. We are witnessing a clear pattern of

internal self-destruction. It is festering like a cancer inside the very body of our nation. This political disease has

become terminal. It has been ignored and disregarded for its lethal destruction. It is the same way in which

COVID-19 has been ignored, downplayed, and even characterized as a fake pandemic by many in high leadership

positions. We are somewhat reassured as just two months ago a hearing was held on the issue of white supremacy

potential threat said, "within the domestic terrorism bucket, the category as a whole, racially motivated violent

extremism is, I think, the biggest bucket within that larger group. And within the racially motivated violent

of that." He went on to say, that "racially motivated, violent extremists, violent anarchist extremist, militia types,

sovereign citizens, you name it, all fall into the bucket of domestic terrorism cases." What a difference it makes

when law enforcement comes together along with our Attorney General of the state and trusted intelligence to turn what could have been a tragedy into a victory. In case you did not know Black Lives That Matter is not a call to overthrow our government. It is really a call for our government to overthrow in justice.

danger that these groups represent across the nation. They are being nurtured and encouraged by the highest

office in the land. When the President of the United States encourages groups who are armed, threatening the

lives of elected officials, carrying swastikas, confederate flags, and hangman's nooses, he is aiding and abetting

these domestic terrorists. When the President of the US calls for them to "liberate" Michigan they feel

empowered. They have identified their leader. They are inspired by his words and therefore feel unleashed. This

mechanism. They placed them on t-shirts, banners, and on their web page, as the President of the United States

invited them to "stand back but stand by." These groups even distort domestic terrorism for a true patriotism.

This behavior seems to reflect that government is responsible for all our trouble. Many of them equate equal

opportunity with infringement upon their personal individuality. They are even so twisted in their thinking that

lives. We witnessed this pattern growing even during the time of Ronald Reagan who said, "the federal

government is not the solution. It is the problem."

Steve Bannon, President Donald Trump's key advisor as he took office in 2017, indicated "the plan was to

Grover Norquist said, "my goal is to get federal government down so small that I can drown it in my bathtub."

voting and civil rights, the justice system, and the attempt to shred the very essence of our constitution has been

relentless. It should be clear to any observer, regardless of party or ideology, that it is not the quantity of the

the policy issues that affect the American citizenry is the real key. Michigan as a state is one of the leading areas for militia groups in this nation. Shortly after the 1995 Oklahoma City bombing of the Alfred P. Murrah Federal

at Vanderbilt University in the Sociology department, did field work with the Michigan militia. She indicated that Michigan really started growing its militia around 1994 in the wake of several events like Waco, Ruby Ridge and The Brady Bill. We see this resentment and threat not only from militia groups but from law enforcement officials, county sheriff departments, police departments, and state law makers. Several of these persons of authority have unfortunately aided and comforted these terrorists. Some appear with them on the steps of state capitols and in the halls traditionally designated for policy making on the part of government officials. They socialize with them on the weekends. Some may even participate at shooting ranges or attend county fairs for fun and fellowship.

They may even have a beer with them every now and then. This creates confusion. It also provides these groups

the reassurance that they are alright and okay. They are legitimized by those public officials who are duty sworn

to protect and defend all the citizens of this nation.

As this mean thirteen sought to kidnap, place on trial, and sentence our Governor, let us be clear. It is not the

Governor of the state of Michigan who is on trial. It is the people throughout our nation who are on trial. We the

people of America are the jury. On November 3rd we must reach a verdict. Are we as a people going to vote to

condemn democracy and pursue a course of intolerance, disrespect, division, and continuous injustice for some

of the people? Or will we vote to acquit and pursue a course of tolerance, respect for the rights, and preserve

justice for all of the people? I say let us vote to acquit our nation for the cause of justice. Even though we have

always perceived it, we have never really achieved it. Therefore, we must still work to reach it. We must continue

to pursue, one nation, under God, indivisible, with liberty and justice for all. Lest we forget the words of good old

Abe, "the ballot is stronger than the bullet," President Abraham Lincoln.