America Declares to Trump: 'You're Fired'

Black Votes Push Biden Over the Top in Contentious Election 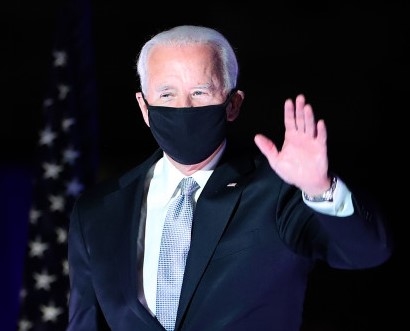 With all eyes on Pennsylvania, Georgia, Nevada, and Arizona, it was the Keystone State's 20 electoral college votes that put Biden over the top, and helped America send the message Trump had become known for years earlier during his "Apprentice" reality television show: "You're Fired!"

Reportedly, it's the 410th day the President spent at one of his namesake properties since taking office.

"This election is about so much more than Joe Biden or me. It's about the soul of America and our willingness to fight for it," Sen. Kamala Harris, the Vice President-Elect tweeted alongside a video. "We have a lot of work ahead of us. Let's get started," she added.

When Biden and Harris are sworn-in on January 20, 2021, the California Senator will become the first Black Vice President in U.S. history.

After what's expected to be the most contentious and violent post-election in American history, inauguration ceremonies will occur. Demonstrators had already gathered outside of vote counting centers around the nation, mainly as the country waited anxiously for results from Pennsylvania, Arizona, Georgia, and Nevada.

With little question, Black voters pushed Biden over the top.

Biden trailed the President in Pennsylvania, but as the count included predominately Black Philadelphia and surrounding counties, Trump's lead disappeared, and the Democrat prevailed.

That scenario repeated itself in Georgia, where Atlanta and Fulton County also came through for the former vice president.

"They want leadership that can create opportunities for all Americans to succeed in all aspects of society, without fear of over-policing, discrimination, and destructive policies at our expense.

This election transcends party and gives voice to the voters who want affordable health care, economic stability, quality education for their children, and wholesale relief from the pandemic and structural inequality. How we move forward from here and begin to repair our nation is critical." 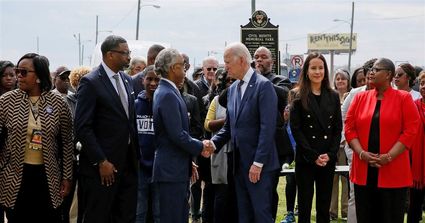