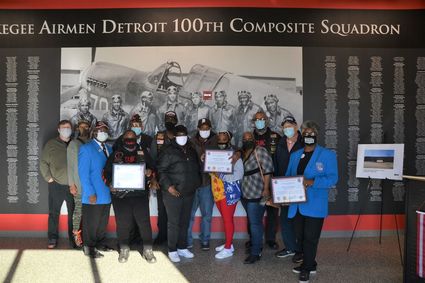 The Detroit Chapter of the Tuskegee Airmen held their Veterans Day Ceremony on November 11th at the Coleman A. Young Airport. Members of the community came out pay their respect to the people that served their country. 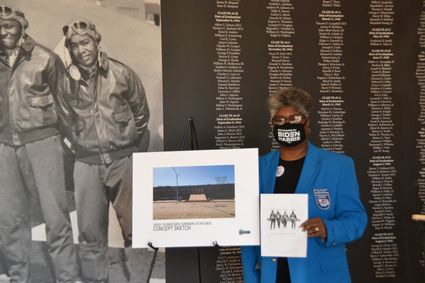 On hand was the family of Fletcher Williams who recently died at the age of 102. His nephew Kenneth Daniels spoke about how much his Uncle meant to him and his family.

At the close of the event, Beverly Kindle-Walker, Executive Director of the Friends of the Detroit City Airport, revealed the statue that will added to the airport in May of next year. The statue is a life size of four Tuskegee Airmen.