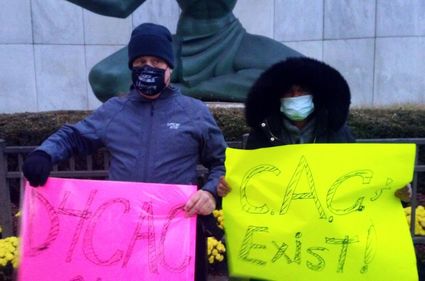 Detroit, MI – On Tuesday November 24th at 4:30 PM members of two Community Advisory Councils (CAC) held Detroit's first CAC Summit. They gathered in front of the Spirit of Detroit to demand recognition of Detroit government's most ignored elected bodies. Like most members of the Detroit City Council and the Board of Police Commissioners, CAC members petitioned for ballot access, fulfilled residency requirements, and were elected by their Districts. Unlike other elected bodies, there has been no mention of them on the Detroitmi.gov website.