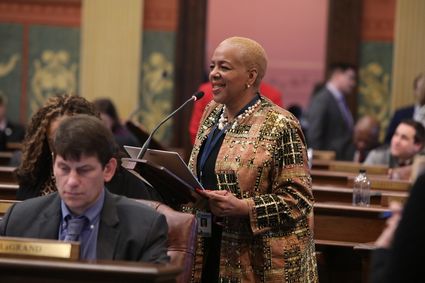 State Rep. Cynthia A. Johnson was born and raised in Detroit and is serving her first term representing the 5th House District

"You should be swinging from a f------ rope, you Democrat," one woman said in a voice mail laced with racial slurs, according to Johnson's Facebook post linking to a recording of the message. This is just one of the voicemails that State Representative Cynthia Johnson, who represents Detroit, have been receiving for over a week now.

It all began as she participated in the Michigan House Oversight Committee hearing when President Trump's personal attorney, Rudolph W. Giuliani, attended on Wednesday, December 2, with supposed witnesses of voter fraud from the November Presidential Election. Johnson serves as the Minority vice chair of the committee.

Within a few hour time span after the hearing, her phone began to ring nonstop and it continues to this day. Messages are reaching her via email and Facebook too. In one email, which Johnson posted on Facebook, a man used the n-word and called her a "dumb corrupt monkey." A woman on Facebook called Johnson a "crackhead" and told her to jump off a bridge. A man threatened the state representative: "They are coming for you." One of the many callers harassing Johnson warned that her "time was coming" and that she would be hanging "from the f–king gallows."

Johnson has continued updating her personal and official Facebook pages with the names, phone numbers and profiles of people she says sent her harassing messages. Most of the calls Johnson received come from other states, including New York, Georgia, California, Nevada, Illinois and Minnesota. 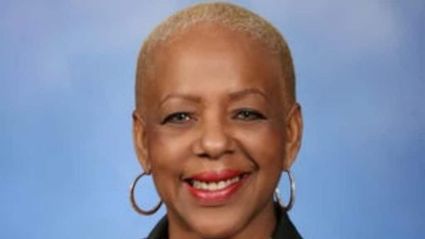 "New call attempts to my personal phone," Johnson wrote on Sunday, referring to screenshots of nearly 80 unanswered phone calls. She went on to post a handful of racist and profanity-laden voice mails. In a Facebook Live video on Monday, Johnson said she was astonished at the level of vitriol she'd received.

"Can you believe so many people would be so filled with hate?" she said.

Gov. Gretchen Whitmer condemned the harassment on Monday, calling it "not acceptable." "Hate and violence have no place in Michigan," Whitmer said. The threats come two months after state and federal law enforcement revealed an alleged plot to kidnap and kill Gov. Gretchen Whitmer.

The investigation into the harassing calls, emails and facebook post has been turned over to the FBI.