Showing us the world from the lens of his camera 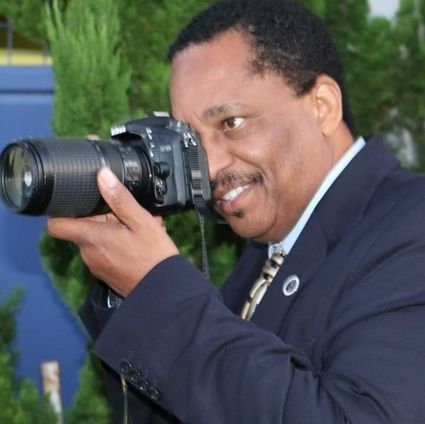 Gary Hunter says a photo is worth a million words

Gary Hunter grew up at Bassett and Visger in Southwest Detroit and have traveled around the world. He has shown us the world through the lens of his camera.

He is a graduate of Western High School in Detroit, earned a Bachelors Degree from Shaw College in Alabama and he has taken classes at Wayne County Community College and Wayne State University.

TELEGRAM -How did you begin taking photos?

I was going to school for law and I needed an elective. Photography was a 3 – 4 hour credit class that I chose to take. I started taking pictures and I have never put my camera down. I have shot photos of Barry Gordy, Smokey Robinson, Stevie Wonder, Mayor Dinkins of Virginia, Mayor Washington of Chicago, Mayor Bradley of California, Mayor Johnny Ford of Tuskegee, Mayor Maynard Jackson of Atlanta, the Edmund Pettus Bridge Commemoration. You name it. I was there.

TELEGRAM -How long have you been the publisher of the Shot News?

It started with the Detroit Times over 25 years ago. It was published in Detroit, Chicago and Atlanta.

Gary was a White House Correspondent and part of the Press Pool for President Barack Obama throughout both of his terms in office. He traveled with Obama across 46 states, Hawaii and Purto Rico. He loved every minute of this time with the President

TELEGRAM -How did the Shot News come about?

During Barack Obama's first term, I was waiting for a story to be written by a reporter from a few previous events that President Obama had participated in and couldn't get the story. I listened to my intuition from God as I waited for President Obama to finish his speech and I said, I will start a paper where the story is told through the photos. I will call it Shot News. The quote is – A photo is worth a million words.

" That was over ten years ago.

TELEGRAM -Where is the Shot News distributed?

We are distributed in numerous states New York, California, Georgia, DC, Florida, Maryland, Virginia and cities in Michigan - Flint, Lansing, Grand Rapids, Pontiac, Bloomfield and Wayne County cities. We distribute biweekly or more often, depending on the amount of news that is going on.

TELEGRAM - What is the role of the Shot News?

Our role is to expose the positive things happening in our communities to the country. Anything major happening for Black people; I cover.

TELEGRAM -What are some other things that Gary Hunter does in the community?

I like to passing out food boxes, I feed the homeless on a weekly. I like helping people especially those that don't have people helping them. I try to inspire another generation.

TELEGRAM -What motto do you live by?

The words I live by are Honesty, Loyalty and Truth. Be careful with the seeds you plant. It will be the fruit you bear for the harvest

TELEGRAM -What role does Shot News play in the quest for social justice?

We play a very important role. People are always looking for somewhere to get information. We connect with people's eyes and tell the story with pictures.

We strive to bring back news that people might not know. For example – The Moton Field in Tuskegee, Alabama is where the Tuskegee Airmen were trained by the college in Tuskegee and not the U. S. Military. The field is a National Heritage site.

Stories like the Madi Gras started in Mobile not New Orleans. The Shot News was one of the first newspapers that was at the opening of the African American Museum in DC and had pictures from inside of the museum. The following week, the other media came in to cover the museum.

* Highlight the 50th Anniversary of the March on Washington for both marches. The one where President Obama spoke, I was right up front and also for the one when Eric Holder and John Lewis spoke.

* 50th Anniversary of the March on Selma. I have been able to capture history that most people didn't know exist. Bring stuff to the community. If you know what exist, you can speak on it.

* I was at the George Floyd funeral, Minneapolis and in Houston.

* Before COVI9-19, I covered the 50th & 51st NAACP Image Awards with up close photos of all stars that were there.

TELEGRAM -What words do you have for the readers of the Telegram News?

Keep supporting Black Media. We are just like any other media mogul. We must be respected and appreciated for the news that we share that may be a benefit to your children, family or yourself or something that you can use at a later date. 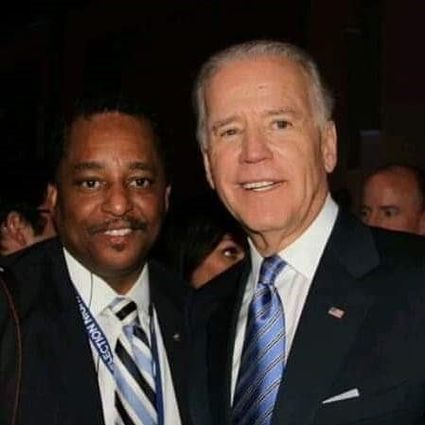