Beyond Basics Tackles the Literacy Crisis in Local Schools 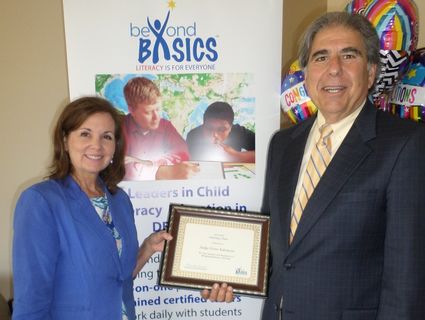 For many people, the ability to read and write is something one rarely gives much thought to. But if one struggles to read well, it becomes a source of embarrassment or shame. Children who ultimately graduate or leave school without a competent reading ability become adults who struggle through life. "I believe that illiteracy is connected to almost every social ill we have in America and we can see how capable people are trying to be part of society and for whatever reason they're not able to succeed; I'll tell you what the reason is: illiteracy," says Pamela Good, founder and CEO of Beyond Basics, a nonprofit organization dedicated to literacy enrichment for students and families in metropolitan Detroit.

Beyond Basics began as a pilot program in Detroit elementary schools after Good delivered a donation of winter coats to Herman Rogers Academy in 1999 and witnessed learning inequities between inner city schools and those in the suburbs. By 2002, Beyond Basics was established as a non-profit and, armed with some volunteers, Good began reading with elementary students as a supplement to what they were learning in the classroom. After two years, Good and her team realized something more intensive was needed. "We realized that the kids couldn't read. It's not that they didn't read well, they couldn't read at all," she recalls.

Good and her new organization sought out tutors and trained them, and developed a program in which tutors worked with students for one hour each day, five days a week. It was the intensive program which had been needed and by 2008, it was working. "On average, in six weeks, we could get kids reading at grade level," she says. Beyond Basics began expanding its program throughout Detroit and Pontiac schools, and discovered a "literacy gap," among participating students who were more than one grade level behind in reading. Frequently, such students continue to fall behind. Students in poorer school districts and communities of color are disproportionately impacted by the literacy gap.

Beyond Basics uses a holistic approach to literacy education, which goes beyond the curriculum and science of reading, to include cultivating trusting relationship between student and tutor, raising a student's self-esteem, and assessing exactly what each student needs. Programs also include creative expression through art and writing to help students learn. "It's an assessment, it's caring about the needs of that child, it's a one-on-one tutor, and it's weaving through some enrichment programs that help build self-esteem. Altogether, with the science of reading, it works and it works for every child." says Good.

That same year, Good received a call from 23rd District Court Judge Geno Salomone in Taylor. A lifelong Taylor resident, Salomone had been concerned about Taylor students being unable to read at grade level and had previously founded the Taylor Reading Corps, wherein volunteers tutored students in reading for 30 minutes each week. Unfortunately, the program was not having an impact and Salomone recalls, "We had heard about Beyond Basics working in the Detroit School District and we asked them if they'd be interested in coming to Taylor." Community members stepped up to support and fund the program in Taylor, including the Taylor School Board, PNC Foundation, McKinley Properties, and Taylor Mayor Rick Sollars. Beyond Basics took its unique program to Taylor's Myers Elementary School. "After the second year we were able to help get the school off the priority list in the state of Michigan,' says Good.

Salomone's involvement with literacy efforts stemmed from what he had been seeing in his courtroom. "Especially in a district court like mine, you're going to see either drugs and alcohol or lack of education that are going to be the biggest contributors to people being involved in the criminal justice system on a regular basis," he says. Good agrees, citing a roughly 85 percent illiteracy rate in the nation's jails and juvenile centers. 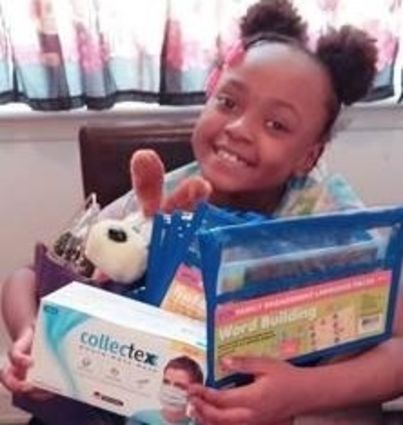 An advocate for literacy, Good says schools ought to be putting more emphasis on reading so that young people can access the higher education opportunities offered in society. She says colleges and trade schools are unable to accomplish their purpose if students are barely able to read at a third grade level. "We have kids in high school today that believe when they graduate they're going to be able to get a job, and in many cases they don't even read well enough to do that," she says.

While the main focus for Beyond Basics are children in K-12 schools, adult programs are offered to help older individuals improve their reading skills at its Family Literacy Center in Detroit. Other youth-focused programs offered at Beyond Basics include a Publishing Center and an International Art and Writing Program.

All programs at Beyond Basics are privately funded and donations are always welcome. Tutors are always needed as well, and the position is a paid one and training is provided. A fundraising gala is planned for June 11 and will be held at the Detroit Athletic Club. To find out more about donating, tutoring, the gala, or how to access tutoring assistance, go to http://www.beyondbasics.org.