DOJ Seeks to Clean up Police Departments Around the Country 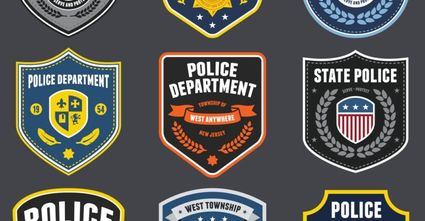 Among the policies the DOJ seeks is encouraging is for other officers to step in when aggressive and excessive force is used.

When U.S. Attorney General Merrick Garland announced that the Department of Justice had opened a civil investigation to determine whether police in Minneapolis engage in a pattern or practice of unconstitutional or unlawful policing, the proclamation was met both with cheers and skepticism.

Garland said he would staff the effort with experienced attorneys and other personnel from the Justice Department's Civil Rights Division and the U.S. Attorney's Office for the District of Minnesota.

While the decision received applause, questions remain aplenty, including the goal of the investigation and whether the Justice Department can set policy for local police agencies.

"The goal would be to determine whether a local or state entity is failing to abide by the U.S. Constitution or other federal laws," Caitlin Kizielewicz, a spokesperson for the Crime and Justice Research Alliance, told NNPA Newswire.

The Crime and Justice Alliance serves to inform the public debate on criminal justice issues.

Asked whether the DOJ could set policy for local police agencies, Kizielewicz demurred.

"For the most part, no," Kizielewicz offered.

"But if the U.S. Justice Department develops evidence that a local or state entity like a police department is failing to abide by the U.S. Constitution or other federal laws, it can go to federal court and seek an order of some kind requiring the entity to cease its illegal activity and perhaps implement some measures to prevent its recurrence."

Some of the measures include implementing new policies and training.

"Or it can negotiate an agreement with the entity – called a consent decree – which then may be overseen by a federal court to make sure the entity lives up to whatever it has agreed to do," Kizielewicz stated.

Among the policies the DOJ seeks is encouraging is for other officers to step in when aggressive and excessive force is used.

When Derek Chauvin pressed his knee into the neck of George Floyd and eventually killed him, three other officers stood by and did nothing to stop the attack.

D.C. Metro Police and other departments said their agencies have long had a policy that held officers accountable for standing by and watching excessive force.

"The MPD has a policy on an officer's duty to intervene," the department wrote in a statement.

"This policy is specific to seeing another officer using force that is clearly beyond that which objectively is reasonable."

In New York, officials said all officers must intervene to stop another cop from using excessive force.

"Failure to intervene in the use of excessive force, or report excessive force, or failure to request or ensure timely medical treatment for an individual is serious misconduct that may result in criminal and civil liability and will result in Department discipline, up to and including dismissal," New York Police officials wrote.

Los Angeles, Atlanta, Chicago, and others said they have similar policies.

"If the Justice Department concludes that there is reasonable cause to believe there is a pattern or practice of unconstitutional or unlawful policing, we will issue a public report of our conclusions," the attorney general said.

He reiterated that the Justice Department also has the authority to bring a civil lawsuit, asking a federal court to provide injunctive relief that orders the MPD to change its policies and practices to avoid further violations.

Usually, when the Justice Department finds unlawful patterns or practices, the local police department enters into a settlement agreement or a consent decree to ensure that prompt and effective action is taken to align policing practices with the law, Garland noted.

"Most of our nation's law enforcement officers do their difficult jobs honorably and lawfully," Garland said.

"I strongly believe that good officers do not want to work in systems that allow bad practices. Good officers welcome accountability because accountability is an essential part of building trust with the community, and public safety requires public trust."