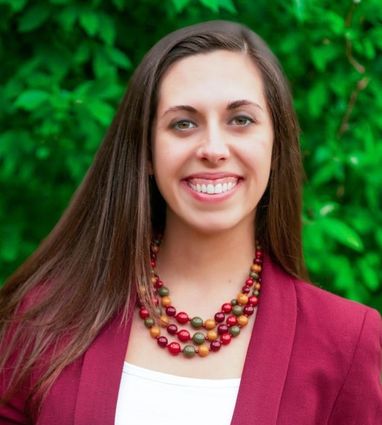 "We have over 100 members to serve and a rigorous set of goals," says Jeff Lowrey, Chamber Board President and owner of local business, Cabling and More. "Jazmine brings a wealth of experience in public relations and communication skills to this position. We are excited to see what we can achieve with her on board."

Danci worked for the City of Romulus in various roles full-time since 2013 including most recently as the Director of Community Development in which she oversaw the City's economic development efforts and served as the Public Information Officer among other duties. She resigned from the position in November following her maternity leave after the birth of her daughter in August. Danci also holds Bachelor's and Master's degrees in environmental sustainability and is a lifelong Romulus resident.

"I worked extensively to recruit and retain businesses for the city. I am excited for the opportunity to help compliment those processes here with our Board and members of the Chamber for the good of the whole community," Danci says.

The Greater Romulus Chamber aims to build and strengthen the local economy by providing networking opportunities and promotions for their members. To learn more about the Chamber visit their website http://www.romuluschamber.org, call 734-893-0694, or follow them on Facebook @RomulusChamber.

The Greater Romulus Chamber of Commerce is a source of positive influence on local government and provides a voice for the collective concerns and desires of the business community. Its short-term objective is continued and sustained growth, thereby fostering and developing a more advantageous position, culminating into the long-term objective which is to have an ever-growing degree of positive influence and impact on the community at large.