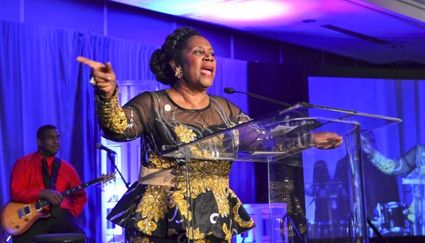 Rep. Sheila Jackson Lee speaks during the 2017 NNPA Leadership Awards Reception at the Renaissance Hotel in Washington, D.C. The congresswoman was instrumental in the push for Juneteenth Holiday

Texas Democratic Congressman Al Green began recognizing Juneteenth as a paid holiday in his office last year, so when the Senate passed legislation this week to make the date that commemorates freedom a national holiday, the congressman was among the first to cheer.

"What began as a grassroots movement to commemorate Texas history is now set to become our nation's 12th federal holiday," Congressman Green stated.

"In honor of the late Al Edwards – the father of the Juneteenth holiday in Texas – and every person illegally enslaved in Texas during the period between Lincoln's proclamation...