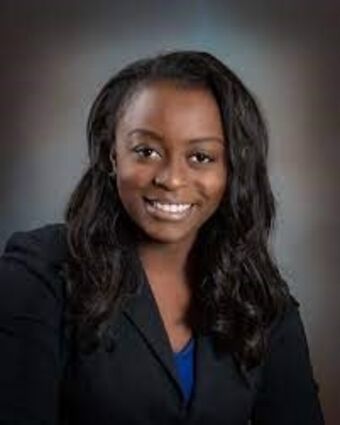 As a young woman, La'Gina Washington became caregiver to her elderly grandparents. The role nurtured the characteristics of compassion and patience within her, she says. It also taught her a bit about seeking our services for vulnerable populations. Now years later, Washington is using those abilities to give back to her hometown of Inkster, where she was born and raised. In November 2019, Washington was elected to Inkster City Council to serve the city's second district.

Washington says her desire to help people is what prompted her to run for public office. Now about halfway through her first term on city council, she says she has been using her role to provide opportunities for and to make a difference in the lives of Inkster residents. Her focus has been on issues involving the elderly and youth. "I was my grandmother's caregiver since 2015 and I'm still my grandfather's caregiver, so I think working with the elderly over time, I've gained compassion to make sure that I look out for them because as you get older, a lot of times people forget about you; they feel forgotten," she says. Washington adds that most elderly Inkster residents survive on a fixed income and city services need to meet whatever needs elderly residents have.

"The youth, the next generation, they're going to be the people to come after us and we ought to be able to put out programs and create engagement so these kids can have an outlet and stay off the streets," she says. She says she supports the programs brought to engage youth in Inkster, including the Inkster Buccaneers Youth Organization, which promotes football, cheerleading, and dance for children. She says the city has been able to set aside some funding for youth programming through the department of parks and recreation this year. In addition, the city received a grant from Wayne County to make improvements to the Booker-Dozier Recreation Center.

A 2013 graduate of University of Michigan with a degree in criminal justice, Washington is the first in her family to graduate college. She has plans to attend law school in the future. She is also active in the Western Wayne County NAACP Branch and serves on the organization's Legal Redress Committee. Washington says the concern she hears most from residents is the city's crime rate, much of it pandemic-related and also being experience in neighboring cities also. "That is what most concerns me," she says. "But we have a great police department for sure." She adds that mental illness often plays a role in crime rates as well.

Washington says she knew there would be challenges to face when she first began her role on city council. She says two of the biggest are the city's finances and the arrival of COVID-19, which no one could foresee would be as severe as it has been. "We've taken a hit like any other municipality has taken a hit since COVID," she says. "I'm hopeful and I know that we'll come out of this and that the financial issues will change over time."

Of her colleagues on city council, Washington says they don't always agree on issues but respect for others and their opinions and ideas guides the council's efforts. "At the end of the day, it's about team work and really working together for the good of the city," she says.