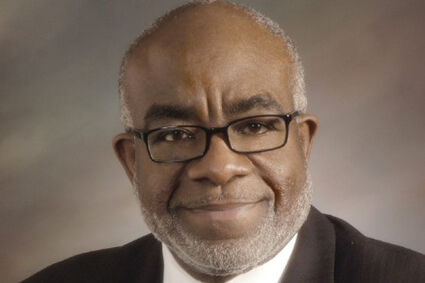 The effects of the pandemic continue to loom large in society. Whether it be the growing number of cases caused by new variants, small businesses that continue to have their doors shuttered, an unemployment rate that hasn't completely rebounded, or the myriad of other economic issues caused by COVID; we have not fully returned to normal as a country.

President Joe Biden and Democratic members of Congress have already taken steps to help our economic recovery, passing the American Rescue Plan earlier this year that pushed us forward with our recovery efforts. And now, Democrats in Congress are looking to push forward with the next aspect of Biden's Build Back Better agenda – a $3.5 trillion reconciliation agreement that paves the way for a prosperous middle class and a more prosperous America.

Unfortunately, the high price tag on this legislation has resulted in some less than satisfactory ideas for how to pay it. While proposals to finally make the rich, as well as powerful corporations, pay their fair share in taxes are broadly supported and would be effective mechanisms for paying for key spending priorities; other proposals brought to the table would have unintended consequences, leaving middle-class Americans along with American jobs at risk.

Chief among these proposals is a federal excise tax on plastics. At an overall cost of $120 billion, this 20 cents per pound tax on plastic resins produced in the United States is not only a regressive tax on middle-class families but a direct hit to U.S. jobs supported by plastics.

In the immediate aftermath, the price of plastic consumer goods will increase by 26 percent, a hike most felt by those families earning under $400,000 annually. Beyond making their life harder when it comes to purchasing essential products like groceries, clothing, diapers, and toys for their kids, it amounts to yet another broken promise after Biden ruled out the idea of raising taxes on these middle-class families.

Separately, this tax would result in the loss of nearly 90,000 American jobs created and supported by the plastics industry, at the gain of our foreign competitors who have weaker environmental and labor standards. This includes the more than 7,000 jobs supported by the Dow Chemical Company right here in Michigan.

Congress has a clear choice to make as they look to finalize this landmark piece of legislation. They can either hurt middle-class families and market themselves as job erasers rather than job creators; or they can implement a producer responsibility system akin to Maine, Oregon, much of the European Union, Japan, and South Korea to curb plastic waste and tax high earners and corporations to pay for spending priorities.

Though they have choices, there is only one correct one. It's time for Congress to stand up for the middle class and American jobs and oppose this regressive excise tax.

Dr. Curtis L. Ivery is the Chancellor of Wayne County Community College District. He is also a respected author and active member of several boards and community organizations.