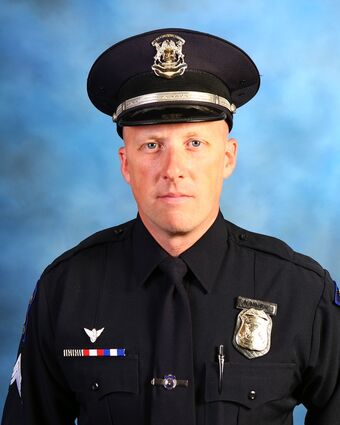 The Westland Police Department recently took time to recognize the efforts of some of its officers during the Westland Police Awards 2020. The ceremony was held as a virtual presentation, in light of public safety concerns and COVID-19. "Despite not holding this event in person, we still wanted a way in to show that the police department has had a positive impact on the community," said Westland Mayor William Wild in opening comments. "Despite the fact that COVID concerns spread uncertainty and fear throughout the community, police and fire personnel remained committed to serving Westland and continued to report to work each day without hesitation. The police department did this with pride as they were aware that during these uncertain times the community needed them more than ever."

Among the many officers honored, top honors were given to Officer Robert Schurig, who was selected as the 2020 Westland Police Officer of the Year, and Sgt. Nathan MacRae, who was awarded the Chief's Distinguished Service Award for his work as Accreditation Manager and his dedication in securing national accreditation for the department through the Commission on Accreditation for Law Enforcement Agencies (CALEA).

Schurig, who has been with the Westland Police Department for more than six years, began his career in law enforcement in the department's Police Explorers Program for high school students and was later hired as a police service aide. He worked for the Auburn Hills Police Department for a year before returning to Westland. "Officer Robert Schurig has grown and matured before our eyes. He is a leader on the shift; during a critical incident, you want Officer Schurig on scene. He thinks on his feet to deal with any rapidly evolving situation," said Westland Police Chief Jeff Jedrusik when presenting the award. "The greatest attribute of a leader is the ability to lead peers and Officer Schurig does just that, he leads, advises and mentors. Officer Schurig is consistently a leader in proactive policing,"

The Chief's Distinguished Service Award was presented by Westland's Deputy Chief Brian Miller. "During his time at the Westland Police Department Sgt. Nate MacRae had distinguished himself as an extrememly hard worker who was well organized and had an understanding of the big picture and what accreditation could do for our department and our profession," said Miller as he presented the award. "Sgt. MacRae's countless hours of hard work paid off in April of 2016 when the city of Westland Police Department became internationally accredited through CALEA. Sgt. MacRae continued to serve this department as our accreditation manger from 2014 all the way up to 2021. He did all this while still managing his duties as a detective in our detective bureau. The positive effects accreditation has had on this police department and this city will be realized for years to come." 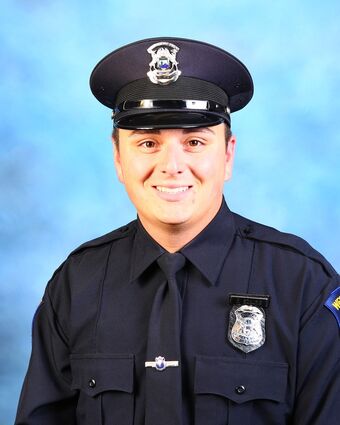 Other departmental awards given include Departmental Citation, which was awarded to Officers Compton, Farrar, Furney, Halaas, Plear, Smith, and Sumpter.

Individual Commendation was given to Officers Neville and Swope. The Certificate of Merit was awarded to Officers Compton, Halaas, and Reardon. Community support was recognized by the awarding of a Citizen Commendation to resident William Simmons.

The ceremony can be viewed online at https://youtu.be/WYuZ1CjZVvE