You have the right to VOTE; Now use it 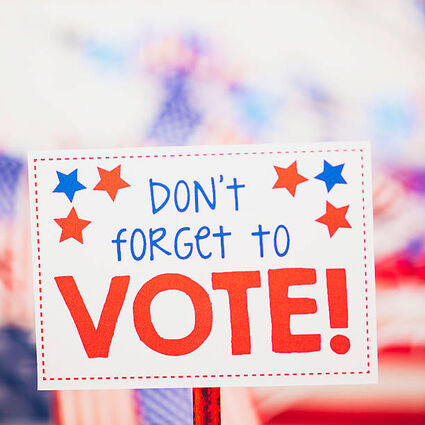 It is the year 2021, and the General Election is less than three weeks away. Are you going to vote in the election? I hope so. This brief history explains what transpired in order for you to have 'the right' to vote.

The 15th Amendment states: "The right of citizens of the United States to vote shall not be denied or abridged by the United States or by any State on account of race, color, or previous condition of servitude."

The 15th Amendment granting African-American men the right to vote was adopted into the U.S. Constitution in 1870. Despite the amendment, by the late 1870s discriminatory practices were used to prevent blacks from exercising their right to vote, especially in the South. It wasn't until the Voting Rights Act of 1965 that legal barriers were outlawed at the state and local levels if they denied African-Americans their right to vote under the 15th Amendment."

The Nineteenth Amendment to the U.S. Constitution officially extended the right to vote to women. The amendment declares in part that 'the right of citizens of the United States to vote shall not be denied or abridged by the United States or by any State on account of sex.' Eleven states-Wisconsin, Illinois, Michigan, Kansas, Ohio, New York, Pennsylvania, Massachusetts, Texas, Iowa and Missouri-vote to ratify by late July 1919.

The Voting Rights Act of 1965, signed into law by President Lyndon B. Johnson on August 6, 1965, aimed to overcome all legal barriers at the state and local levels that denied African Americans their right to vote under the 15th Amendment.

The act banned the use of literacy tests, provided for federal oversight of voter registration in areas where less than 50 percent of the non-white population had not registered to vote and authorized the U.S. attorney general to investigate the use of poll taxes in state and local elections.

Now, I hope this helped you to understand what transpired in order for you go have 'The right' to VOTE.

Don't waste it. Vote on or by November 2, 2021. You can register to vote and vote at your clerk's office up until Election day.