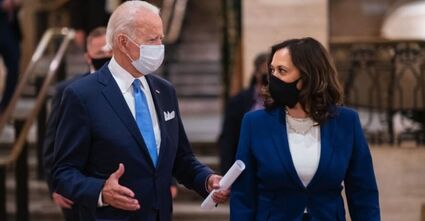 Kamala Harris was sworn-in on January, 20, 2021 as Vice President of the United States

Because the procedure requires anesthesia, the transfer of powers was deemed necessary.

She said the transfer of power isn't unusual nor unprecedented.