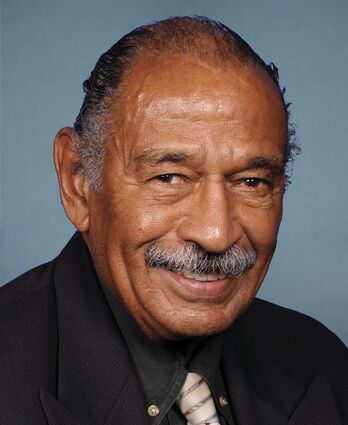 Former U. S. Congresswoman John Conyers brought up the HR40 during each Congressional session

The Honorable John Conyers, who represented Detroit in Congress from 1965 until 2017, introduced HR 40 every congressional session from 1989. He worked to get cosponsors for the legislation for nearly thirty years, but not even the entire Congressional Black Caucus would cosponsor. Upon his retirement from Congress, he passed the baton to Houston Congresswoman Sheila Jackson Lee. Thanks to her efforts and those of reparations organizations, including the National African American Reparations Commission (NAARC) and the National Coalition of Blacks for Reparations in America (N'COBRA), the nu...