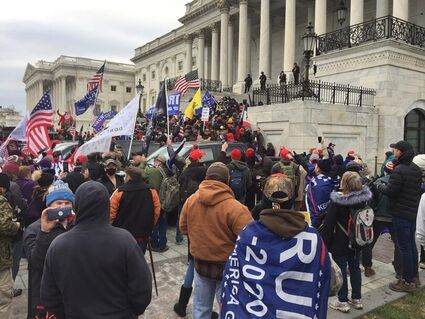 It's hard to believe that this really happened; but it did. January 6, 2021 will be in the history books forever

On the anniversary of the deadly January 6 attack on the U.S. Capitol, President Joe Biden doubled down on his campaign slogan from the 2020 election. He declared the race against former President Donald Trump as a "battle for the soul of our nation."

"Don't kid yourself. The pain and scars from that day run deep," the President said during a morning address from the U.S. Capitol.

"We are in a battle for the soul of America. A battle that by the grace of God, the goodness and gracious, greatness of this nation we will win."

In his most passionate and direct blitz against Trump, President Bi...