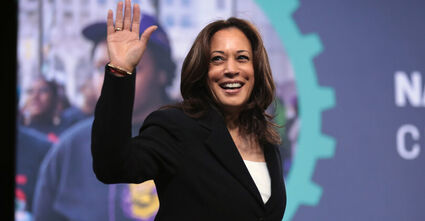 Vice President Kamala Harris provided a message of hope while striking an encouraging tone during an exclusive interview with the Black Press of America.

The Vice President, who cut her teeth as a California prosecutor, State Attorney General, and later as an influential U.S. Senator, said that despite many setbacks to voting rights, she and the entire Biden-Harris administration haven't and won't stop fighting.

"I will tell you that I gave a speech with President Biden at Morehouse College, and afterward, I had a quiet visit with Ambassador Andrew Young because I was looking to him for i...