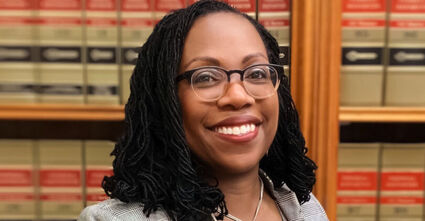 Among Judge Jackson's more notable rulings were Congress' ability to investigate the White House. She ordered the disclosure of certain documents by former President Donald Trump related to the January 6 insurrection.

Now, an evenly divided Senate will face the task of confirming Judge Jackson to the highest court in America and, in the process, make her the first Black woman to serve on the U.S. Supreme Court.

On Friday, February 25, President Joe Biden made Judge Jackson his choice to succeed Justice Stephen Breyer, who announced his retirement in January.

"It's because of Judge Brown Jackson's experience in roles at all levels of the justice system, her character, and her legal brilliance that President Biden no...