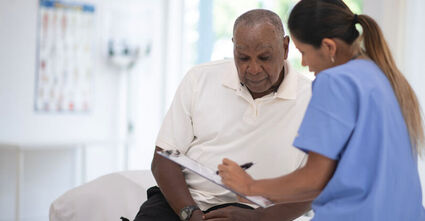 As the United States continues to grapple with its legacy of systemic racism, debates on issues such as police brutality and racial profiling, the economic gulf between Blacks and Whites, and the dearth of access to affordable educational opportunities, there is one area that has received far less attention: The gap in positive health outcomes that African Americans – and particularly Black men – face.

While the COVID-19 pandemic shined a light on these fissures, its beam barely touched the edges of the problem. Yet according to government data, Black Americans are generally at higher...