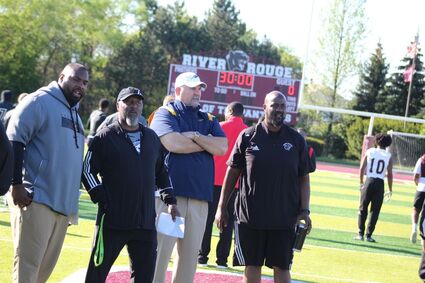 "It was great, everything ran smoove, that boys came out and did what they were supposed to do. Which was to show up and work hard. Today it was just done in front of an important audience." Proclaims new River Rouge head football coach, Eric Pettway. His team did not disappoint, nor miss a beat. Panther Stadium held host to hundreds of college coaches. Each one curious to see the progress the Panthers have made during the off season. 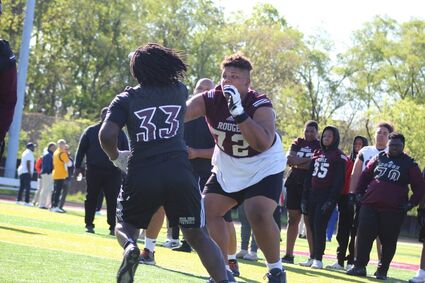 The offensive line proved itself to be a topic of interest. Freshmen Jaylen Pitts sat down at left tackle to give guest coaches a sneak peek to what is sure to be a long career. Impressive displays of football covered every yard of the field. Quarterbacks, McKale McDowell, and Christan Johnson kept coaches occupied with how they used their arms to connect with receivers.

Players, parents, and coaches shared this moment to bond amongst each other. This event serves as Coach Pettway's first major football event since taking over as captain of the ship. His job title may have changed, but Pettway is still displaying his classic style of coaching. He was able to provide guidance, patience, and understanding of football. All while tending to the city's honored guest. In closing Pettway stated.

"A Lot of guys generated interest for themselves, others got scholarship offers. Nothing has changed, it's all about putting the kids out there and letting them create opportunities for themselves. It's business as usual. Never any pressure.