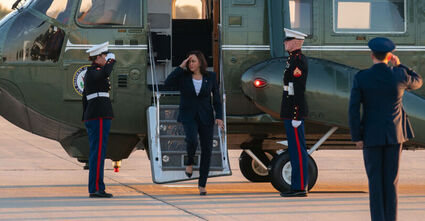 Vice President Kamala Harris held an exclusive discussion with publishers from the National Newspaper Publishers Association, which represents the Black Press of America, to discuss various issues from voting rights to Roe v. Wade and racism in the United States.

"The Black Press has been very special," Harris told the publishers in a 30-minute conversation moderated by NNPA President and CEO Dr. Benjamin F. Chavis, Jr.

"[The administration] doesn't expect special treatment, just fair treatment to cover the accomplishments because they are significant and will have, in many cases, a generat...