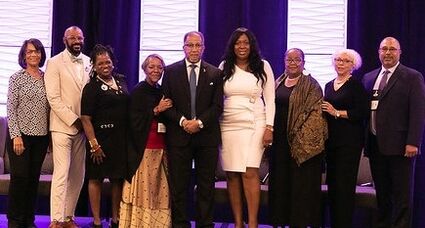 Ahead of the all-important 2022 midterm elections, reports show that more than 55 million Americans remain unregistered to vote – and about 10 million are African Americans who are eligible to vote but who are unregistered.

Whether the reason is because of apathy, suppression, or other means, the National Newspaper Publishers Association (NNPA) and the Transformative Justice Coalition seek to get to the bottom of why, with so much at stake, voter registration and GOTV mobilization remain lacking notably among Black Americans across the nation.

During the national convention marking the 1...