Pinconning a Great Destination for a Road Trip Getaway 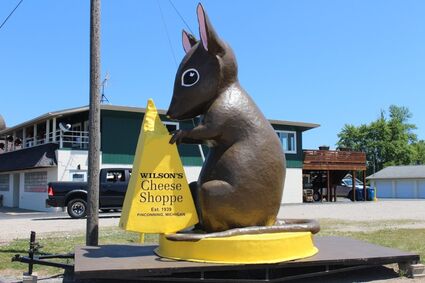 Summer is here and folks all over the state are eager to get out and get away following two years of a brutal pandemic which kept people shuttered indoors and away from others. If a two-week vacation is not in your budget, a day-long road trip is often just as refreshing. In Michigan one is never more than 85 miles from one of the Great Lakes which touch our state's shores. Along the Saginaw Bay in Lake Huron sits Pinconning, noted for its former production of cheese and cheese products, notably Pinconning Cheese.

Just two hours and 130 miles north on I-75, the city of Pinconning was founded in 1872 as a lumber settlement. When trees became deficient, dairy farming became the next means of livelihood early in the twentieth century. It was a German immigrant, Daniel Horn, a cheesemaker from Wisconsin who created a new type of Colby cheese known as Pinconning. The city of Pinconning has been called Michigan's Cheese Capital ever since, with a handful of cheese shops turning out more than 200 varieties of domestic and imported cheeses. The city sits along M-13, which runs parallel to I-75, a mere 10 minutes away.

Horn's daughter married a man named Laurence Wilson and changed the name of the Horn family cheese shop to Wilson's Cheese Shoppe, which is still in operation today, but no longer run by the original family. Wilson's offers more than just cheese and cheese products, including candy and fudge, jams and jellies, wines, lunchmeats, jerky, smoked fish, and summer sausage. See their product selection or order online at http://www.wilsoncheese.com. 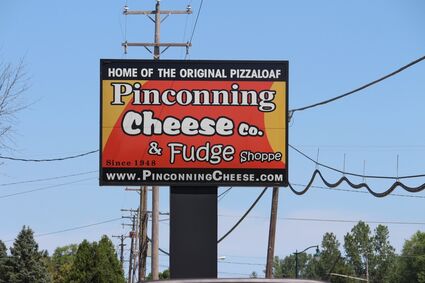 Just up the street sits the Pinconning Cheese and Fudge Shop, which was established in 1948, less than a decade after Wilson's. The Pinconning Cheese and Fudge Shop carries many of the same food products as Wilson's, but also offers hot sandwiches and pizza rolls, Michigan Maple syrup, Pinconning honey, gourmet coffee, specialty condiments including wild game seasoning, Amish-made food products, gifts and souvenirs, and gift boxes, all of which can be ordered online at http://www.pinconningcheese.com.

Just south of Pinconning, down M-13, is another fine stopover for anyone on a road trip. Bay City State Park is 20 miles south of Pinconning and sits right on Lake Huron's Saginaw Bay. The park is open all year and is adjacent to the Tobico Marsh, regarded as one of the largest remaining freshwater, coastal wetlands on the Great Lakes. Altogether, the recreation area offers more than a thousand feet of beautiful, sandy beach and more than 2.000 acres of wetland for birdwatching and observing nature. Other amenities at Bay City State Park include hiking trails, picnic areas, picnic shelters, playground, camping, a fishing pier in the lagoon, and a spray park. The marsh includes an observation platform and hiking trails. The Michigan Recreational Passport is required for entry.

Indeed, there is plenty to see on Michigan's Sunrise Side, and it's not too far from home. Find out more at www2.dnr.state.mi.us/parksandtrails/ or go to http://www.facebook.com/BayCityStatePark.