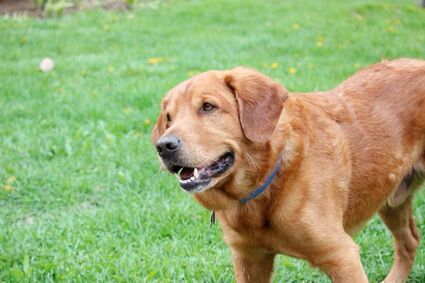 Taking care of your pet's health is important too.

If you are planning to head up north for the holiday weekend, it may be best to leave Fido at home. For the past two months a canine parvovirus-like illness has been sickening and killing dogs in northern Michigan. More than 30 dogs have died in Otsego County after showing symptoms of canine parvovirus negative for the virus by local veterinarians. Cases of the illness have been reported in northern central parts of the state including the cities of Gaylord and Vanderbilt.

According to the American Veterinary Medical Association, canine parvovirus is a highly contagious virus that affects dogs but unvaccinated dogs and puppies are most at risk. The virus affects dogs' gastrointestinal tracts causing lethargy, vomiting, bloating, and bloody diarrhea. The virus is spread by direct dog-to-dog contact and contact with contaminated feces, environments, and people, including food bowls, leashes, and the hands of people who have touched an infected dog. The virus is potentially fatal and is easily transmitted from place to place on the hair or feet of dogs, shoes, or other objects.

The reports of the outbreaks in northern Michigan have prompted investigations by several state and local agencies including the Michigan Department of Agriculture and Rural Development (MDARD) which is working with partners to facilitate additional testing. "When MDARD first learned of these cases in northern Michigan, we immediately reached out to the veterinarians and animal shelters involved and began our response efforts," said State Veterinarian Nora Wineland, DVM. "We are still in the early stages of this investigation, but some of the first samples submitted to the Michigan State University Diagnostic Laboratory were positive for canine parvovirus. However, there are more results pending and more to be learned." By August 24, MDARD and Michigan State University Veterinary Diagnostic Laboratory (MSU VDL) announced their additional testing had revealed the illness to indeed be canine parvovirus and that the affected dogs did not have a history of complete vaccinations.

Some experts had speculated that either a new parvovirus variant could be the culprit, or perhaps the method of testing was the reason dogs initially tested negative for parvovirus in the veterinary clinic. "Screening tests for parvo are done to help guide immediate isolation, disinfection, and treatment protocols," said MSU VDL Director Kim Dodd, DVM. "While those tests are valuable in the clinical setting, they are not as sensitive as the diagnostic tests we can perform here at the laboratory."

MDARD offers these simple steps and precautions for pet-owners: keep up with routine vaccination-especially if you plan on traveling to northern Michigan-to ensure dogs and puppies are vaccinated against canine parvovirus, rabies, canine distemper, adenovirus, parainfluenza, and leptospirosis. As a precaution, keep dogs and puppies at home and away from other dogs, including those at the dog park. The AVMA says the virus is hardy, resistant to heat, cold, humidity, and drying, making it able to survive in the environment for very long periods of time. Even a trace amount of feces from an infected dog can harbor the virus and infect other dogs.

Wineland says, "Protecting animal and public health is one of the department's key pillars, but it is a team effort. Dog owners need to ensure their pet is up to date on routine vaccinations as it's the first step in keeping your pet healthy." If you have questions or concerns, contact your veterinarian.