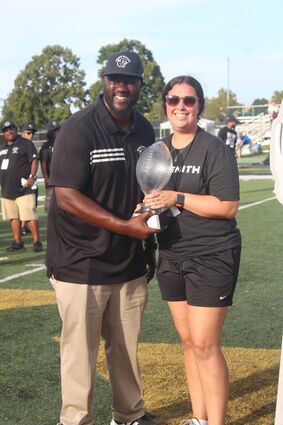 With a man as physically big as Coach Eric Pettway, it would be impossible to say he lived in anyone's shadow. Coach Pettway is an accomplished man of his own merits. He had proved himself on the field in various levels of football, and got the chance to coach high school football. This was all before he made a home at River Rouge where he and a dear friend got to build a program of their liking, from the ground up.

Over the years, Coach Pettway has grown himself to be more of a people person. It comes naturally with his territory. Pettway has been working with youth for over a decade. He...