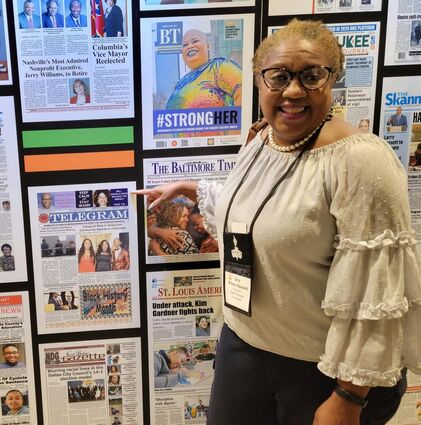 Gina Wilson Steward, Publisher of the Telegram Newspaper, points to the front page of her newspaper on the wall of other Black Owned Newspapers at the 2022 National Newspaper Publishers' Convention

On the surface, the Journalism Competition and Preservation Act sounds like a win for news organizations that remain committed to providing vital information for their communities.

It also sounds suitable for the survival of important local news.

However, like many pieces of legislation that float around Capitol Hill, flaws abound.

The bill suggests lawmakers would carve out an exception in the federal antitrust law and allow U.S. publishers to negotiate...