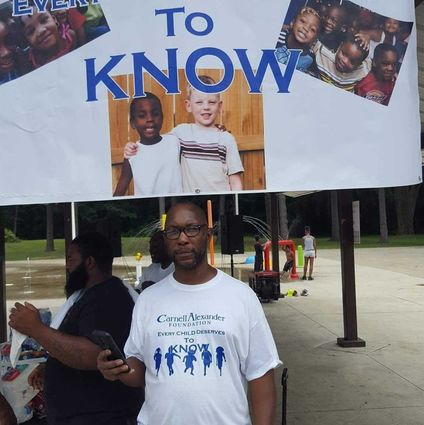 Carnell Alexander taking his time to educate the community

Courts are required to meet two types of jurisdiction when filing a case; jurisdiction over the subject matter involved in the case, and jurisdiction over the defendant. Some 22 years ago, Carnell Alexander was named as the father of a child by a woman who applied for social services. The woman unsure of who the real dad was and desperate to receive financial assistance for herself and her child, named Alexander, a former friend, as the dad.

In the early 1990's a process server was dispatched to the home of a relative of Alexander to serve a court summons to determine if he was in fact the child's father. The server claimed he handed the summons to Alexander, but this was not possible because he was in prison at the time. When Alexander did not show for his court appearance, he was ruled to be the child's father by default and a warrant was issued for his arrest.

The story gets even stranger when, years later, Alexander proves by DNA evidence that he is not the father of the child and that he did not receive a summons and, therefore, is outside of the legal jurisdiction of the court. Nevertheless, it was ruled that he pay over $30,000 in child support payments to the state of Michigan.

Sadly, in Alexander's case the court did not adhere to the letter or the spirit of the law and seems determined to carve out it's pound of flesh regardless of its legal or ethical authority to do so.

Deceit was committed against Alexander on several levels, unfortunately the state of Michigan does not have any paternity fraud laws that protect men from women, and the protection against the court system is also weak to non-existent.

"How can you start a case with a lie," asked Alexander. "The mom lied, the process server lied, now the court wants me to pay for it."

The judge on the case ruled that he had three years to file a motion with the court to deny parentage, and the three-year limit had elapsed when he appeared in court. But what is not explained is that the court had an obligation to notify Alexander of the child support allegation against him, and it was not done because of the dishonest process server the court employed to do the job. Also, for many of those years he was jobless, unable to hire an attorney, and unaware of his legal options or of any legal penalties against him.

"This felony non-support issue, or dad-by-default issue is a money issue," Alexander said. "It's not about the welfare of the children. The welfare of the children through the system is very weak. So I'm organizing in 2018 a campaign to stop men from becoming felons for not being able to support their children. We need to strategize to get out of this government trap that's costing us all this money that is not benefiting our children.

When parents are incarcerated for non-payment, not only does the parents suffer, but the child suffers, the extended family suffers, and the society suffers. And the cost is incalculable because it creates a vicious cycle of poverty and fear that sometimes has deadly consequences. A few years ago, a Black man named Walter Scott was shot in the back multiple times and killed during a traffic stop by a trigger- happy cop while running away. It was later determined that he tried to flee because of a child support warrant.

Many experts believe that parents incarcerated for child support issues are prevented from earning any money and placed in an even more difficult situation when they are released in terms of falling further behind in payments and trying to find employment while burdened with an arrest and incarceration record. 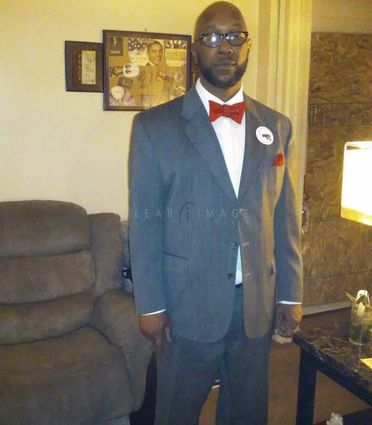 Alexander recently petitioned the state legislature to pass House Bill 4666 which would make it a felony for a summons server to lie about delivering a court summons to the intended person.

"I need parents to come together on this issue, "Alexander said." I was defrauded out of $32,000 because of this issue. They continue to try to force money out of me and to hold me liable for a situation that I'm not responsible for."

Alexander founded the Carnell Alexander Foundation to find ways to protect families from a system he believes is dysfunctional. He can be reached at (313) 939-3447

Steven Malik Shelton can be reached at: [email protected]