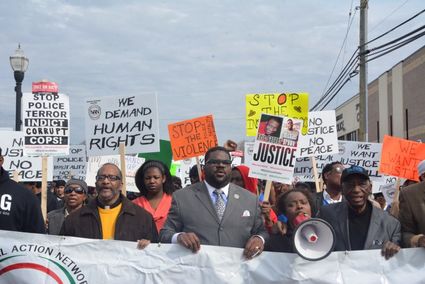 The King Solomon Missionary Baptist Church is in a depressed and desolate area on Detroit's west side. It is fitting that it is so, for the healthy have no need of a physician; it is the infirmed in body and spirit that are in need. Pastor Charles Williams II is the leader of King Solomon Baptist Church, and he is dedicated to meeting those needs.

Williams was born in Detroit and raised in Birmingham Alabama, and though he can live just about anywhere he wants, he has chosen Detroit because he is a worker for God, and in Detroit, there is a great work that needs to be done.

He has packed a large amount of experience in his 37 years of life. It includes campus organizing, corporate accountability, and numerous social justice initiatives. He's also lead political campaigns for U.S. Senator Debbie Stabenow as well as for Al Sharpton.

"I've been around the fight for civil rights and all of its many facets since I was 18," said Williams. "I started working during the fight to protect affirmative action when I was a student at Eastern Michigan University, and ever since then I've been involved in organizing and mobilizing around social justice issues."

He has accomplished much but realizes that he cannot afford the luxury to sit back and rest on past accomplishments. He believes that he cannot stop until injustice has been eradicated from the earth, or as Dr. Martin Luther King said, "We are not satisfied, and we will not be satisfied until justice rolls down like waters and righteousness like a mighty stream."

King Solomon Baptist Church stands defiantly at the intersection of Fourteenth and Marquette streets. It played a powerful and energizing role in the Black liberation movement and hosted Malcolm X when he delivered his famous "Message to the Grass Roots" speech in 1963. The church is slated to be recognized as a national historic site worth being honored and preserved.

The church and its pastor continues to be a lightning rod for the struggle for justice and is committed to providing food, clothing and other resources to the needy, as well as giving hope to the hopeless and the downtrodden.

"I'm chairman of the Michigan Chapter of the National Action Network," Williams said. "And I've had the gracious opportunity to serve at King Solomon Baptist Church for nine years. It's been a big task and a long journey, but we've been able to get some significant work done. While staying the course, we've been able to fight some issues and get some significant wins and work done for the people. On Wednesdays we give out pallet loads of food, we also have a clothing drive. We open the church up every Saturday to have community meetings and National Action Network meetings. This is very significant because there's not a lot of places where you can have political meetings and can be as free as you need to be and not have to suffer repercussions from someone that may not agree with you. We're blessed that we can host big things here and do big things here." 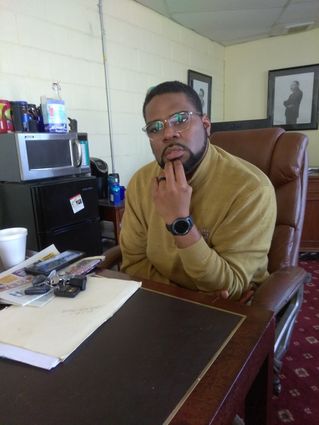 Along with his responsibilities as pastor, Williams writes a blog for the Huffington Post and appears regularly on CNN, MSNBC as well as other media outlets. He considers these appearances as a part of getting the message out and as being a part of the struggle.

"I want to stay free from the corporate dollar and the political dollar, because somebody in the city and in the country has to remain a voice for the people living and struggling in the city of Detroit. That's why I choose to live here, and that's why I do what I do."

The Telegram is featuring local community activist and Pastors. Contact the Telegram at [email protected] or call 313-928-2955.