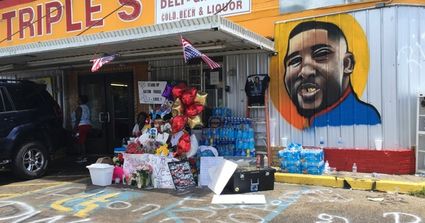 A memorial for Alton Sterling as the city remember his life

BATON ROUGE-Following a 10-month investigation into the extrajudicial killing of Alton Sterling, Louisiana's Attorney General Jeff Landry announced, during a press conference, that his office would not pursue criminal charges against the officers involved.

Sterling, a 37-year-old Black man, was shot six times by a White Baton Rouge police officer on July 5, 2016, in front of a Triple S convenience store. The officers, Howie Lake II and Blane Salamoni were responding to a call about a man with a gun, who was assaulting someone. Sterling had been selling CDs in front of the store with permission from the owner. 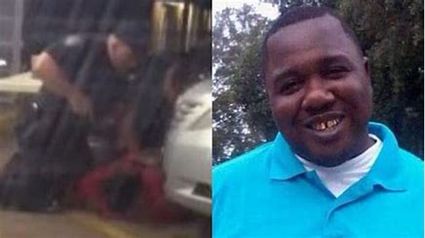 Officials said Salamoni shot Sterling, while Lake, his partner, looked on. "After careful thought and review of the evidence, the Louisiana Department of Justice will not proceed with prosecution of Officers Lake or Salamoni," Landry said. "This decision was not taken lightly." Landry said his office thoroughly investigated the case, even re-interviewing witnesses in the case. He said the evidence just didn't warrant pursuing criminal charges. "We must analyze the evidence and draw a conclusion, but we're always mindful of the family," Landry said. "I know the Sterling family is hurting."

The Attorney General's office received the case in May 2017, after the U.S. Attorney for the Middle District of Louisiana determined during its own investigation that there was not enough evidence to pursue criminal charges or civil rights violations.

Family members, community leaders, and the Sterling family's attorneys said that they weren't surprised by the latest findings. "We didn't get any justice,' said Quinyetta McMillon, the mother of Alton Sterling's son, Cameron. "The system failed us. We're all out of tears. We all knew what it was going to be. We may not get justice down on this earth, but when God comes...as a family, we just got to stay strong."