The Journey of Yusef Bunchy Shakur 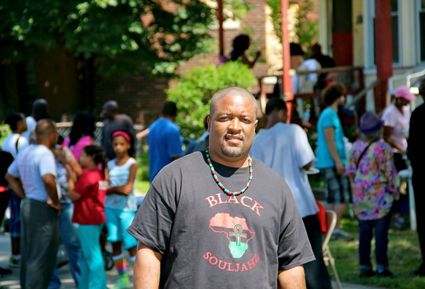 Yusef making a difference in in the community

The environment we live in can contribute to our taking either a negative path or a positive one. Yusef Bunchy Shakur took his experience growing up on the mean streets of Detroit's west side, and in the dungeons of Michigan's prison system, and forged it into a catalyst to become a community activist and a college graduate.

Born Joseph Lee Ruffin and raised in the section of Detroit known as "Zone 8" for its 48208-zip code, he rarely had any contact with his father. And his mother burdened with the obligation of raising children without an adequate income, sought comfort in liquor bottles and dysfunctional and abusive men.

Yusef sought relief in the streets. He co-founded a street gang and began to rely on the only currency he knew; the currency of violence and intimidation.

"The neighborhood I grew up in was reduced from being a neighborhood to being a "hood," said Shakur. "This ultimately gave birth to the proverbial "hood" mentality which denotes the collective self-destructive attitudes and behavior that plague Black communities across America. And hood has become a code word for being tough, being Black and being gangster."

At the age of 19, Shakur was convicted of a robbery that he's always maintained he did not commit. Nevertheless, he was sentenced to five to 15 years in prison.

During the early years of his incarceration, Shakur was immersed in the prison culture. A culture that was almost indistinguishable from the urban street culture he came from. The drugs, the gangs, the scams and the violence were as much a part of his prison experience as it was on the streets.

Shakur was planning to stab another inmate when he wrote a letter to his father who was incarcerated in a prison complex not far from him. His father wrote him back and their correspondence reawakened their relationship and played a pivotal part in Shakur changing his old way of thinking and redeeming himself.

"While in prison, I developed a strong relationship with my father," said Shakur. "I learned from him the lessons of redemption, transformation, and the importance of valuing knowledge and education."

Once released from prison, Shakur parlayed his love for knowledge and books into writing four books of his own. He also opened a book store and community center and enrolled in college and earned a bachelor's degree in liberal studies with a concentration in African American studies, psychology and sociology. Eventually he plans to earn a master's degree and a Ph.D.

He is a sought-after, speaker at major universities as well as civic events, yet he is most passionate about reforming the prison system, helping prisoners, and working with Black people on the streets where he came from.

"Up to the early 1990's, there was only about ten prisons in Michigan," said Shakur. "Then you had this prison boom, from ten prisons to 60 prisons. And where did the people to fill the prisons come from? They came from urban areas. If they pay 40,000 dollars for every inmate annually, imagine what would happen if the money was invested on the front end to make human beings better, instead of on the back end to imprison them."

Shakur is doing his part to make Detroit a better place to live. It is a debt he believes he owes. A way of atoning for the wrongs he committed in the past, and he lives his life determined to carry this out.

For over ten years he's provided youth with school supplies and other resources through the annual Restoring the Neighbor Back to the Hood Backpack Giveaway. And he is currently renovating a large house in his old zone 8 neighborhood, so it can be utilized as a community and training center. 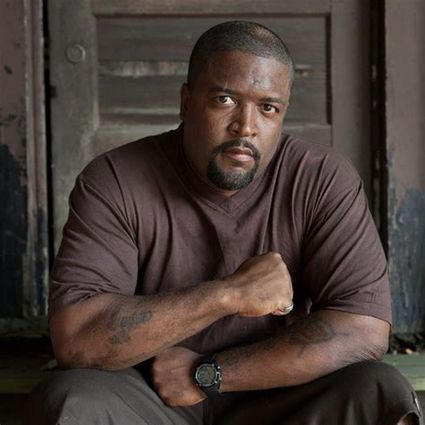 Although Shakur is devoted to improving himself through universities and academic institutions, he believes that his most important mission is on the

streets from which he received his first and primary education on life and learning.

"I'm always in the trenches," explained Shakur. "So, I find myself doing the ugly work of breaking up fights, helping get resources to those who are surviving in desperate circumstances, or providing counsel to people who want to inflict revenge on somebody. I encourage them to take the high road."