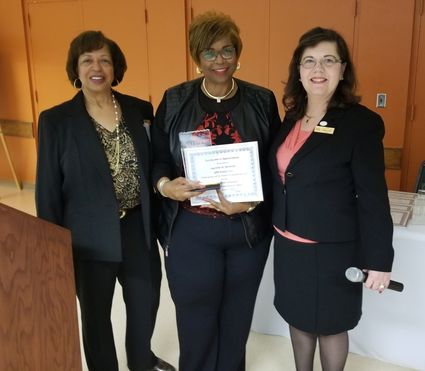 There is strength in numbers. The Inkster Chamber of Commerce knows this first hand.

"You're far better off doing a little bit as a group than you are off by yourself," said Martha Theis, chamber president and owner of Gabbert's Concrete Industries.

Representatives from multiple businesses in the city converged, mingled and networked at this year's edition of the chamber's annual mixer, held at the Dozier Recreation Complex on March 28.

Even though it was for the city, attendance was not limited to only businesses and organizations within the city. Businesses from Livonia, Westland, Dearborn Heights and Detroit, among other cities, were represented.

"For the past year now, we've hosted the Chamber of Commerce meetings at our facility," said Monica Boomer, director of community engagement for Zaman International, a nonprofit organization. "I think that they are doing wonderful work. They have a wonderful group of very committed individuals that worked to advance commerce here in the city."

Municipal chambers of commerce exist to provide a platform to network and learn from each other, pool and combine resources, and benefit their respective communities. At times, they will not only be active in their respective city or county, but reach out to neighboring municipalities as well.

Theis is happy to speak about the efforts-and effects-of reaching out.

"What's different about this event is that we have been blessed with sponsorship.

That is just one microcosm of a concerted recruitment effort by the chamber. 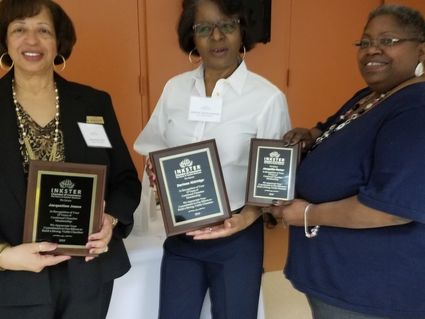 Photo, from left to right: Jacqueline Jones, Darlene Aldredge of Red Carpet Keim Will Cooperate, and Jacquilin Porter are honored for their membership longevity at the Inkster Chamber of Commerce Mixer held on March 28.

One major thing that Theis loves about Inkster is that the participation rate has increased despite the relatively low number of actual businesses in the city.

"We have residents here. The clergy is here. You have everyone that participates. They're here. When you are a member of a chamber, you are a part of a group. said I can call any of these business owners and they will say 'Sure, Martha, come on down!'"

Jeanette Abraham, founder and owner of JMA Logistics LLC, was the keynote speaker. Abraham came to the mixer with a special message, and the night ended with honoring of chamber members and a special drawing for prizes.