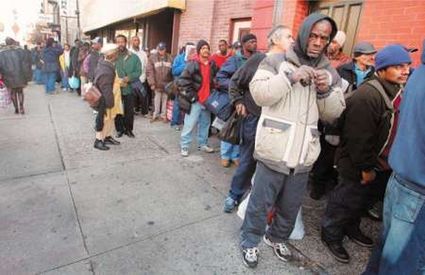 Men standing in line to enter a shelter for the night

The Eighth Amendment of the United States Constitution prohibits the state to inflict cruel and unusual punishment, and the courts from setting excessive bail and fines. This is necessary because the American judicial system is based on the premise that defendants are presumed innocent until proven guilty by a court of law. And since poor people are the most vulnerable and the least likely to be able to pay to be released on bail, the Eighth Amendment is a protection from jails being turned into prisons for the poor because of their lack of money and property.

The Eighth Amendment also protects people from being treated like commodities and fleeced of their money by unscrupulous authorities who want to boost government treasuries at the expense of the poor and the powerless.

Exploitation of the Black, the non-White, and the poor has existed in America since the beginning. Yet, in contemporary America, the channels that allow it and which programs people to demonize the poor or to be unconcerned about their plight is more sophisticated and pervasive.

For Blacks, since the 17th century, the American court system and its enforcement arms has proven to be a constant source of torment, brutality and exploitation.

Blacks were legally considered property and were subjected to "paddy roller" patrols (the predecessor to modern police forces) and to arbitrary searches and seizures of their persons and meager belongings.

Oppression and exploitation of Blacks continued after the Civil War, the Emancipation Proclamation, and the passing of the 13th and 14th Amendments,

which made slavery unlawful (in theory but not in reality) and extended the rights of citizenship to Black people.

White land and property owners took advantage of a loop hole in the 13th Amendment which declared that slavery and involuntary servitude was not to be allowed except as punishment for a crime. This ushered in a period that lasted from Reconstruction to the Second World War when Blacks were arrested on trumped up charges, given fines that they could not pay, and turned over to the owners of mines and factories to work off their "debt."

Black and poor people have almost always been portrayed in an unfavorable light, and this is not by accident but by design. Sympathy and empathy was discouraged for them because their bodies were needed to build the nation's infrastructure and their blood, sweat and tears lubricated the cold machinery of industry and profit.

With the advent of the Great Depression of the 1930's, the plight of America's poor became so desperate that downtrodden workers of every color and ethnicity banded together to throw off the shackles of pseudo-slavery.

There were numerous rebellions and mass protests against the government as well as large companies and corporate behemoths. During this time, President Franklin Roosevelt was elected and issued Executive Orders and laws that alleviated many of the egregious conditions that plagued the poor and the working class. Among them social security, unemployment insurance, fair labor statutes, and social programs to provide services for the destitute.

Yet, with Ronald Reagan's presidential term in the 1980's, the laws and the sentiments to help the poor began to unravel. And with the elections of Bill Clinton, George W. Bush and Donald Trump, the woes of the poor were relegated to the back-burner or dismissed altogether. 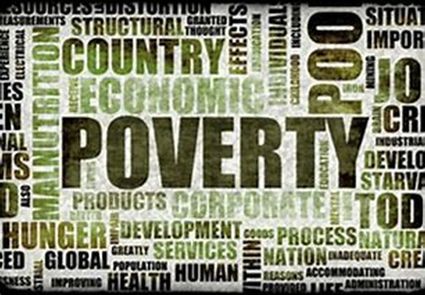 "Anger simmered for decades as people struggled with low-wage work," writes Professor Peter Edelman. "And then it exploded with the recession's sudden blow. Lower income Whites complain vehemently about slackers who they say take government handouts instead of working, and they especially allege that African Americans make use of affirmative action to take away their jobs. Nevermind that welfare and affirmative action are close to defunct; the narrative is a stock line practically from coast to coast, and the 2016 election proved its punch."

Moreover, when the tax code became geared toward benefiting the wealthy and the super-wealthy, municipalities targeted the poor to supplement their declining tax revenues. This resulted in a cross-section of abuses in the form of fees, fines, debtor's prisons, and the criminalization of the Black, the Brown, and the poor.