Maureen Taylor on the Frontline for the Rights of the Poor 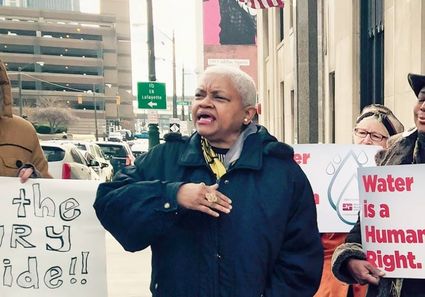 Maureen Taylor uses her voice to speak for others

When Maureen Taylor was a child, her parents took the family on a trip across the country where she witnessed abject poverty in many of the areas she passed through. This experience and her confusion that such dismal conditions could exist in a nation that was supposed to be based on the principles of freedom, justice and equality, led her to become a fearless fighter for the rights of the poor, the despised, and the ignored.

Taylor has served as chair of the Michigan Welfare Rights Organization since 1993, where she advocates for food, clothing, shelter, light, heat, and water for those in need. She believes it a sad testament to the moral heartbeat of the nation that these necessities, which should be available to all human beings, are denied in the United States, a nation that has the reputation of being the wealthiest in the world.

She identifies the relationship between poverty and economic exploitation in Detroit, and she is not shy about speaking on it.

"Racism is always at play," says Taylor. "People of color can never escape the shadow of the plantation. But we are moving quickly, not away from that, but we are joining this question of Black and White with green. This is about greed."

She has taken her academic knowledge and fused it with her passion for justice and been at the frontlines to afflict the comfortable, and to comfort the afflicted. And she is not hesitant to call to account people that are in political office or positions of economic power and influence, regardless of creed or color.

"We have a problem in this country where we are not sincere and we're not honest about the emperor and the clothes the emperor is wearing," said Taylor. "Clearly, we see that there is a difficulty because we got 40 to 50,000 foreclosures in Detroit, a city where we have African Americans in charge. You know they always pick them African names; they're named Gambia, they're named Serengeti, they're named Nile. And they are cutting your throat every single day of the frigging week."

Taylor has been honored with many awards for her leadership and community organizing skills, including the National Community Leader Award, and the Angelo Henderson Community Service Award, and she's fought vigorously against debilitating government programs like Workfare, defended poor women against unjust prosecution for welfare fraud, and led campaigns to elect the victims of poverty to political office. She's also advocated housing takeovers for the homeless and campaigned against wealthy corporations and what she describes as their "hoochie-mama girlfriends"-the banks.

Taylor has taken a fierce, uncompromising stand against water shut-offs in Detroit and thinks it disgraceful that a city once known as the

"Arsenal of Democracy" and for being the Mecca for elevating the blue-collar factory worker to the middle class, should be in such a sorry predicament. 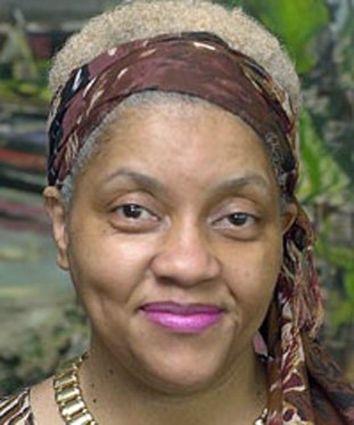 "To live in the Great Lakes and to have water threatened and people told that, if your bill is 150 dollars or more, you're on a chopping block where your water is going to be turned off is particularly egregious," said Taylor. "Because a household that has welfare involvement and water is turned off with minor children in the home means that Child Protective Services can come in and put the children in foster care homes. You can earn more money as a foster parent than you can as a birth mother. It's scandalous what's going on in Detroit. Just Scandalous."

The Telegram News is looking to feature community activist within the pages of the Telegram. If you know of an activist that is working to help others, please forward their name and contact information to the Telegram News at [email protected] or call 313-928-2955