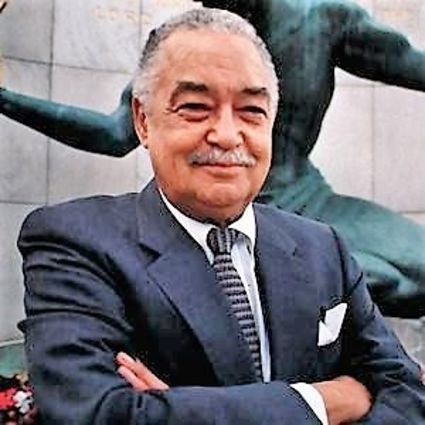 When Coleman Alexander Young campaigned for mayor of Detroit in 1973 and was elected in 1974, there was a strong sense of anticipation, pride and destiny among the city's Black population. Many older Detroiter's referred to young by his first name and told stories of how they grew up together in Detroit's legendary Black Bottom area before it was destroyed by urban renewal and gentrification.

One thing for sure, Coleman Young was no ordinary politician. It was not just that he was charismatic; lots of politicians have that quality. Young exuded blatant honesty, and he was the rare man who was firm in his opinions and beliefs, who didn't mind telling you about them in a straightforward manner, and who wasn't afraid of the consequences. Governor John Engler described Young as "a man willing to work with anyone regardless of party or politics to help Detroit." And others describe him as simply "a man."

Born in Tuscaloosa Alabama in 1918, May 24th marked the 100th anniversary of his birth. His family moved to Detroit when he was five years old and Young attended Eastern High School. Upon graduation, he was offered a scholarship to the University of Michigan but was unable to attend when financial assistance was declined him because of his race.

He was hired by Ford Motor Company and joined the apprentice school for electricians. While working on the assembly line, Young became involved in labor organizing activities that cost him his job.

During the Second World War, he enlisted in the United States Army and served as a bombardier and navigator in the renowned Black fighter unit, the Tuskegee Airman. He continued to organize against inequality and injustice and was involved in many protests against the U.S. government's racist and segregationist policies toward its Black servicemen.

Young was a Black man in America who demanded respect, not only for himself but for his people. After the war he continued his quest for justice by being active in the labor movement and the Democratic Party and was targeted by the government because of his unwavering stance against discrimination and exploitation. This led to being called before the House Un-American Activities Committee hearings in 1952. Many were subpoenaed before this powerful congressional body and most cowered and gave the committee the names and information it demanded, but not Young. He stood up to the McCarthy-era House Committee and called its validity into question while using his appearance to shed light on America's policies of racial terrorism and discrimination.

When asked if he was willing to fight against communism, Young replied, "I am not here to fight in any un-American activities, because I consider the denial of the right to vote to large numbers of (Black) people all over the South Un-American." He chastised a HUAC congressman from Georgia by saying, "I happen to know, in Georgia, Negro people are prevented from voting by virtue of terror, intimidation, and lynching. It is my contention you would not be in Congress today if it were not for the legal restrictions on voting on the part of my people." And Young challenged the committee and the nation by saying, "I can assure you I have had no part in the hanging or bombing of Negroes in the South, I have not been responsible for firing a person from his job for what I think are his beliefs. That is the hysteria that has been swept up by this committee."

Young became Detroit's first Black mayor in 1974 and he inherited a city that was on a massive downturn. The auto industry (which for decades was the heart of the city's industry and economy) was receiving stiff competition from foreign car makers and had moved most of its manufacturing plants and jobs far outside of Detroit's infrastructure. City jobs, particularly the police and fire department, were overwhelmingly White and did not reflect the changing population of Detroit. A depressed economy and high unemployment fed the city's high crime rates, leading to increased police brutality, a dwindling population and a shrinking tax base, thus compounding the city's woes.

Young campaigned under a promise to eliminate a special decoy unit named Stop the Robberies Enjoy Safe Streets (S.T.R.E.S.S.) The unit was intensely disliked and criticized by many Blacks as being a police kill squad that lured and targeted Black men. Young would set the tone for his administration by dismantling the unit soon after he became mayor. He also began hiring Blacks into the police and fire departments and other city positions so that they would reflect the demographics of the city. He also worked with corporations and financial big-wigs to revitalize Detroit. Young used his position as mayor and skills as a negotiator to attract economic investments, industry and jobs.

His intelligence, no-nonsense approach and devotion to the upliftment of his people placed him in the spiritual company of other great Black mayors like Marion Barry, Carl Stokes, Harold Washington, and Maynard Jackson. Yet, unlike other big city mayors that were targeted and monitored by the feds and indicted and convicted for misconduct and corruption, Young served as mayor for 20 years, and though some of his aides and appointees were convicted of bribery and pay-to-play offences, Young left a legacy free of the stain of political malfeasance or personal vice. And when charged with playing the race card by his detractors, Young replied, "I prefer to think of it as equal opportunity politics and playing the equality card." 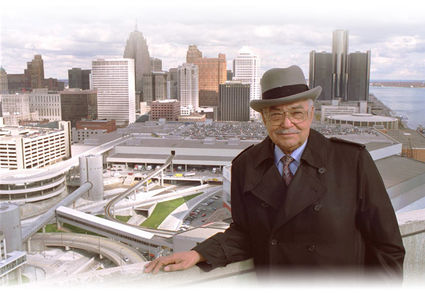