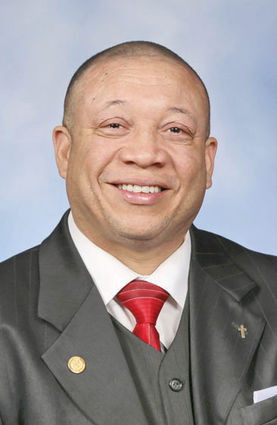 FLINT – Yesterday, the Genesee County Health Department notified the residents of Flint that the city remains under a public health emergency declaration and asks residents to continue taking precautions to ensure safety, especially for some of the city's most vulnerable populations. The Health Department also advised that the county water advisory will remain in effect until all lead pipes are replaced, which is not scheduled until at least 2020.

"When the state decided to close its free bottled water distribution sites last month, they claimed their science proved the water was clean. Now the local health department has confirmed that there are still serious concerns with the water resources inside the city of Flint.

"In 2015, on behalf of the residents of my city, I demanded that the state take action to address the water crisis. It took three months for Attorney General Schuette to review Gov. Snyder's administration's involvement in the crisis and begin to hold them accountable. One month ago, I once again demanded that the state take action to protect the most vulnerable people in our community, including seniors, pregnant women and homebound individuals. I urged him to advocate on behalf of our most vulnerable population and restore bottled water distribution to concerned residents after it was cut off. We have still not received a response.

"One thing has been made increasingly clear by this administration: in Michigan, it appears communities of color are valued less. The disconnect and the divide by those who sit in their ivory towers while the residents of Flint are assaulted on all sides by mixed signals about the safety of their water has to end now.

"We are in a crisis of confidence, a crisis of safety with our water and a crisis in leadership at our governor's office. Attorney General Schuette has a duty and responsibility to take action to protect the most vulnerable in our state. At the very least, to be a consumer protection advocate for those who are forced to pay for a product that they cannot use or causes them harm. Inaction leaves our communities vulnerable.

"It is time for Attorney General Schuette to prove his words and hold the Snyder-Calley administration accountable for its continued failures. It is time Gov. Snyder proves he has not abdicated his gubernatorial responsibilities as his term comes to an end, and instead show compassion for a city that was poisoned under his watch. It is time for Attorney General Schuette to use the powers of his office to be a champion for the people of Flint - especially the city's most vulnerable residents - and not abandon us, leaving us thirsty for justice."