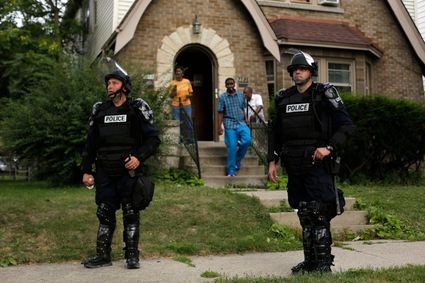 In the wake of high unemployment, unresponsive city services, and an urban fog of crime and vice, Detroit residency requirements need to be reexamined.

According to statistics, between 60 to 80 percent of public safety workers live outside of city limits, a situation created when residency requirements which were once in force, were struck down by the Michigan legislature in 1999.

"Unofficially, the abolishment of residency requirements was set up for the city of Detroit," said community activist and longtime Detroit resident, Minister Malik Shabazz. "And unfortunately, the police and fire departments and EMS requested the law to eliminate residency because they wanted to move outside the city and keep their jobs. But what it has done is devastate Detroit's tax base. It is very painful and very hurtful because these tax dollars are needed as well as the jobs and economic spin offs that would come as a result of residency requirement tax infrastructure money."

The subject of Detroit residency requirements for police and fire officers has taken on a renewed urgency and relevance when we consider the devastating effects were predicted almost 20 years ago by a study entitled, The Economic Financial Impact Assessment. It concludes that that residency for police and fire workers is an added protection against crime because people who live and work in Detroit communities have a greater stake and interest in those communities. Also, police and fire workers are some of the best paid workers in Detroit and their importance to the vibrancy of the city in terms of tax revenues and retail spending is significant if not pivotal. Residency can also be a moral booster and can pay dividends by allowing citizens to have the opportunity to know police officers, fire fighters, teachers, and other city workers as neighbors and community members, and not as outsiders who only show up or show out when there is conflict, disaster, or in pursuit of a pay check.

Yet, opponents of residency contend that there is no conclusive evidence that residency requirements make cities safer; that such requirements are relics from the days of big-city bosses and patronage systems, and that it is nobody's business where an employee lives if he (or she) performs their duty adequately.

But according to the Anderson Group's Economic and Financial Impact Assessment, doing away with residency requirements "would result in acceleration in the trend of population loss in the city of Detroit," resulting in at least 25 percent of municipal workers relocating outside the city. The report accurately anticipated that ending residency requirements would contribute to declining retail activity and would reduce property values and the attractiveness of many Detroit neighborhoods. The report also mentioned that to overturn residency requirements would affect "other important factors that are difficult to quantify, such as the loss of the comfort of knowing that police and fire workers are living nearby, the attendant increases in crime, and the disruption in the general improving trend of Detroit."

Moreover, the Anderson Group study predicted that the change in residency requirements would negatively impact Detroit's tax base and slash the city's annual revenue by at least 21 million.

In retrospect, it could be said that the Anderson Report was almost prophetic.