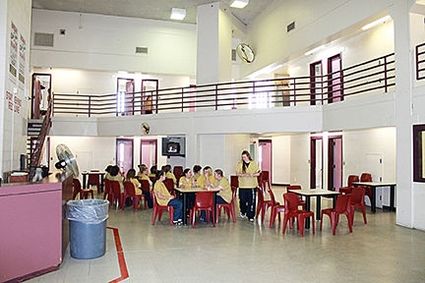 The United States has the shameful distinction of having one of the highest rates of juvenile detention and incarceration in the world.

Numerous studies and testimonies reveal that institutions of juvenile imprisonment are no better than adult facilities and, in some ways, they are worse.

Assaults and abuses by inmates and staff are rampant, and violence is utilized as the most persuasive currency and most viable solution to problems and challenges in America's places of youth detention.

Moreover, as in adult prisons, the policies, programs, and practices that are designed to humiliate, anger, and frustrate juvenile prisoners are firmly entrenched and many young people who are released from confinement are far worse psychologically than when they entered.

The American Law Institute, an organization of some 4000 judges, lawyers and scholars, has petitioned for the abolition of laws that allow juveniles to be caged for extended periods of time. It has published several documents, most notably the Model Penal Code, which seeks to implement sentencing guidelines that juveniles should be judged less blame worthy for their criminal acts than older offenders, and mitigation should increase according to the youthfulness of defendants.

Children that are mangled in America's juvenile detention centers and adult prisons (instead of engaged and empowered with guidance, education and resources to develop them as human beings) are treated as damaged goods and spiral down a slippery slope of human degradation, hopelessness, and bitterness.

There are nineteen states in America that permit the execution of children who are sixteen and seventeen years of age, and the United States is among only a few countries that have carried out executions on children, putting it at odds with more than 72 nations that allow capital punishment, but only for adults.

In Michigan when a youth turns 17, he (or she) is considered an adult by the criminal justice system and will be charged in adult court and sentenced to adult jail or prison. Michigan is second in the nation for prosecuting juveniles as adults and more than 300 of them have been sentenced to life in prison in the state. According to analysis by the Michigan Council on Crime and Delinquency, from 2003 to 2013 over 20,000 juveniles were ensnared in the criminal justice system with many placed in solitary confinement for long periods. Michigan also passed the Juvenile Waiver Law in 1997 which lowed the age that a juvenile can be tried as an adult for a violent crime. This has opened the door for children as young as eleven to be tried and sentenced for murder.

There was a major shift in the law in 2012, when the U.S. Supreme Court ruled in Miller v. Alabama that juveniles should no longer be given mandatory life sentences. And in 2016, the high court ruled that the ruling should be applied retroactively. Unfortunately, Michigan which is rated second in the number of adults and juveniles serving life sentences, has been particularly slow in reversing life sentences.

"If we can't help children become better people then how can we say that we believe in rehabilitation," asked James Thomas, who was sentenced to life in prison without parole at 15 years of age.

With 144 juveniles sentenced to life, Wayne County has the highest number of offenders in Michigan. And Wayne County Prosecutor, Kym Worthy has taken a hard stance and filed for continued life without parole for 63 of them.

"With more information it is highly likely that some of our recommendations will change," said Worthy. "In all of these cases the defendant will have a resentencing hearing where the outcome will be determined by a judge."

A Michigan case that made international news is that of Nathaniel Abraham. Abraham was only eleven years old when he was arrested for killing a man in a Detroit suburb, making him one of the youngest in the nation to be convicted of murder. After spending ten years of his formative years in a juvenile prison, he was released with high hopes that he would turn his life around. Yet, only months after being discharged Abraham was arrested for possession and sales of the street drug ecstasy.

Society points an accusatory finger at Abraham and others like him and lament that even after ten years in prison, he did not learn his lesson. Yet what kind of lesson was he supposed to learn in these wretched human warehouses that masquerade as correctional facilities but are breeding grounds for enhanced criminal behavior, and cesspools for almost every conceivable corruption and perversion?

Research indicates that youth offenders who are incarcerated are the most susceptible to physical and sexual assault during their incarceration. Many are placed in isolated segregation to protect them or to punish them, with some spending years without any but the most fleeting human contact.

Incarceration of juveniles does little to prevent delinquency or to reduce crime. And there is a consensus among professionals that incarceration contributes to criminal and anti-social behavior.