The McGhee House Holds a Special Place in Legal History 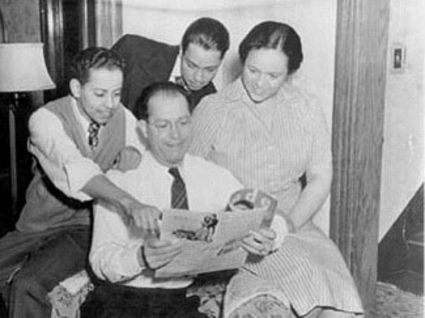 During the Great Depression of the 1930's a Black couple, Orsel and Minnie McGhee, rented a home in a White neighborhood at 4626 Seabaldt street on Detroit's west side. Their move would result in litigation that would be appealed all the way to the United States Supreme Court.

During many decades in the nation's history White communities across America established racial covenants in housing deeds. These racial and religious restrictions primarily targeted Blacks and Jews to be excluded from buying or renting houses in communities that were designated as White or Caucasian.

Detroit, a city historically one of the most racially divided in America, suffered from racially restrictive covenants for most of the 20th century. However, during the lean years of the depression, the demand for housing drastically decreased and this opened opportunities for Blacks to rent homes from cash-strapped owners in neighborhoods that were White and largely hostile to Blacks and Jews. By the 1940's as Blacks began to prosper and become part of the city's middle class in greater numbers, White fears and biases began to reassert itself, and the McGhee's were cited in a law suit initiated by a racist neighbor.

Detroit's NAACP understood the importance of the case and appointed one of their best attorneys, Thurgood Marshall, to defend the McGhee's right to stay in their home.

These cases had special legal significance because they sought to overturn a 1922 Supreme Court ruling that decided restrictive covenants in housing were lawful.

Thurgood Marshall, perhaps the greatest civil rights lawyer of his era, argued against the legality of racial covenants on several fronts. He contended that court enforcement of restrictive racial covenants violate the equal protection clause of the 14th Amendment of the Constitution. He also argued against earlier court decisions that declared the United Nations Charter was not applicable by emphasizing the legal principle that a treaty between nations is applicable to the contractual rights between citizens of the United States when a determination of those rights is sought in State courts.

Marshall (since America's highest court had already ruled in 1922 that race-based covenants were lawful) used the provisions in the United Nations Charter to undergird the McGhee's human right to live where they pleased and its binding stipulation of "universal respect, and observance of human rights and fundamental freedoms for all without distinction as to race, sex, language, or religion." And he cited Article 55 of the Charter and the interpretation that it includes the right of every person to have adequate housing.

Marshall also asserted that racial covenants were cut from the same filthy cloth as the Nazi extermination policies during the Second World War. A war that was only a few years old when he presented his case before the Supreme Court.

Marshall was persuasive and successful and on May 3, 1948, the Court decided that although "there was no federal prohibition against including restrictive covenants in property deeds, no state or federal court could enforce them"

The ruling sounded a clarion call against legalized racial restrictions in housing, although developers continued to widely use race to segregate neighborhoods and communities until at least the 1970's, the practice likely discouraged by the passage of the Open Housing Law in 1968. 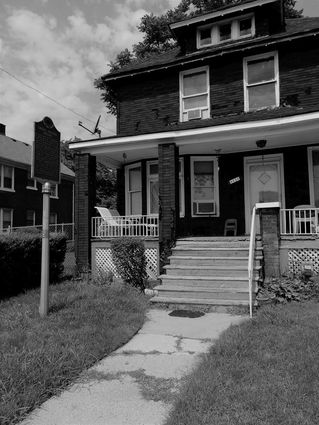 Ironically, after the case was over and the right of the McGhee's to live in their home was vindicated, the couple that filed the suit to remove them (Benjamin and Anna Sipes) became close friends with their Black neighbors.

Years later, Kathleen McGhee-Anderson, granddaughter of Orsel and Minnie McGhee, wrote and produced "The Color of Courage," a 1999 network movie based on the lives of her grandparents.

"My grandparents were very quiet people, very soft-spoken," said Anderson. "They never sought notice for their role in history. They just wanted to buy a house for themselves and their growing children."