Leanna Hicks Public Library is Open for Business in Inkster 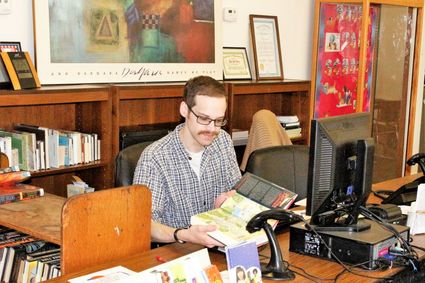 kster residents and neighbors can once again enjoy library services at the Leanna Hicks Public Library. On August 20, the library opened in a new, temporary location at 1086 Inkster Road. The new location will be usable while the city awaits the opening of a new library in 2019.

The library's previous location at 2005 Inkster was permanently closed due to severe building problems in January of this year. The Inkster Library Board has been working to find a new home for the library and its vast collection. The Library Board has recently purchased property at 2500 Hamlin Blvd. The process of renovation and expansion on the new library building has begun.

Library Director Donna Sherrill says there have been a few stumbling blocks to leap over, but she is delighted with the progress which has been made. She and her staff initially thought it would be a quick task to relocate to a new location. The library board attempted a move to a temporary location on Michigan Avenue at the old Chase Bank building. The library had planned to rent the building. They soon found that it would have been a large expense to prepare the building space to be used as a public library. The library board determined not to spend the funds on a building which they did not own and instead found a realtor who assisted in finding a permanent home for the library.

Sherrill adds that the new temporary location is on a busy street and easily accessible. She hopes residents don't give up on the library. "It's just bad that people got to find us all over again," she says. The library's temporary location is less than a mile north up Inkster Road. Already, residents are finding it and making use of the computers and services such as copying and fax service. As an added incentive to visitors, the library is hosting a reception for the new temporary location on September 19 from 5:00 to 6:30 p.m. The public is invited and light refreshments will be served.

The entirety of the library's collection is not available at the temporary location, however. A majority of the collection is in storage and temporarily restricted. Since the library is still part of The Library Network, residents can use their library cards to search for items they want or need and borrow them from another library and have the items delivered to Inkster's Leanna Hicks Library. 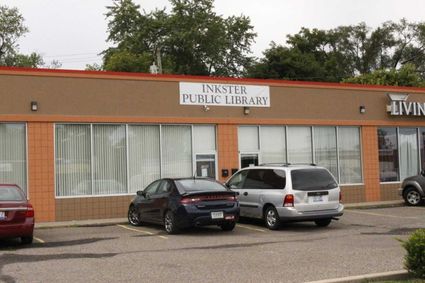 Sherrill says she is planning on hiring one new staff person to help at the temporary location. Because her staff is small, library hours are from noon to 4 p.m. on Monday through Friday only. With an additional pair of hands on staff, Sherrill plans to expand the hours of operation to include evenings in the near future.

In the meantime, she and the library board are doing all they can to ensure the city of Inkster receives a proper, modern library. Sherrill, who spent 13 years working in the Detroit Public Library System, says the new library will present a new vision for the city. She says they plan to have study rooms, a career center and a café in the new library. A new website is in the works as well. "The vision is to, you know, use that library to uplift the future of the Inkster community," she says.

Currently the Leanna Hicks Public Library is located at 1086 Inkster, at the southwest corner of Avondale. The library is closed Saturdays and Sundays