Telling our story is vital to our history and legacy 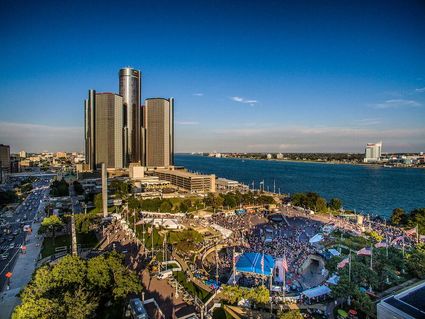 Detroit has historically been a Mecca for Black business. The city is also renowned for great writers, ministers, artists, athletes, musicians, scholars and, of course fighters. And no other record company has approached the vibrancy, popularity and genius of Detroit's legendary Motown.

There are few cities that can approach the legacy of industrialization, achievement and ingenuity that remains a part of Detroit. In the 1800's it served as a beacon of freedom and hope for countless enslaved Black men and women who escaped to it via the Underground Railroad and were ferried across the river into Canada. And in the 1900's the mass production of the automobile bolstered by Ford Motor Company's innovative assembly line ushered in an age of mobility and prosperity for the working poor.

About fifteen years ago, Dr Claude Anderson attempted to implement an economic development plan that would establish a section of Detroit devoted to Black business development, make available an assortment of goods and services, and give a desperately needed boost to Black economic life in the city. Dr Anderson believed that race relations between Blacks and any other group will not be improved if Black people have not garnered the power, autonomy and respect that economic self-sufficiency generates. Unless or until Blacks establish economic entitlements and empowerment, they will always be looked down upon, sneered at, and disrespected. This despite any social integration they believe they have attained.

The global economic tsunami of 2007 and 2008 triggered by over 300 million in home mortgage defaults and propelled by trillions of dollars in fraudulent derivatives and Wall Streets' greedy preoccupation with fantasy finance, pushed Black Detroit further down into the doldrums. And although outrage has been leveled at national news organizations for its unbalanced coverage of the city, the local media has also engaged in routine slanderous and slanted reporting of Detroit dating back to the election of Coleman A. Young as mayor in 1974.

The power of the media to shape opinions and perceptions is phenomenal. And for too long Detroiters have yielded to news gathering entities that have proven themselves hostile to our interests and failed, not only to tell our story, but to interpret it and to infuse it with meaning within the context of our centuries-old struggle for freedom and empowerment.

Moreover, Black and progressive print and broadcast media have not received the widespread support to develop and expand the personnel and the resources it needs to tell our story in the international, national, as well as local arenas. And, sadly, the Black media has often dropped the ball and forgotten the adage that the duty of the Black Press is to comfort the afflicted, and to afflict the comfortable.

Yet, it is ultimately up to Detroiters to cultivate and improve on the many positive aspects of our city while working diligently to discourage or eliminate those aspects that are contrary to our success and our survival. And although we may look to others to assist us, we must not depend on others to do for us what we should and could be doing for ourselves. We must, as a great Black advocate and entrepreneur said some 100 years ago, cast down our buckets where we are.