Detroit's Water Problem and the Scourge of Lead 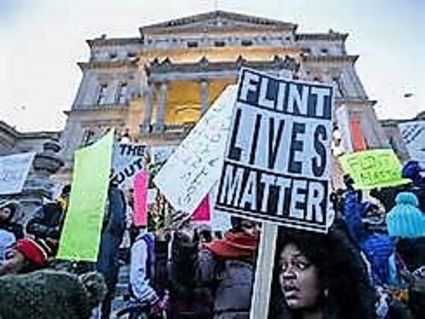 Amid concerns of high levels of lead and copper found in many area schools, the Detroit Public School Community District (DPSCD) has ordered water to be turned off at all its schools.

The district made the decision after schools showed harmful levels of lead and other toxins in the drinking water. To date 57 DPSCD schools have been discovered to have dangerous levels of copper and lead in their water.

This development is particularly alarming in the aftermath of the poisoning of water in Flint Michigan which is traced to several deaths and irreparable damage to countless children and incalculable harm to adults.

Detroit has been celebrated for having one of the best water systems in the nation; yet this is qualifiable and contingent on several factors. For although the water may meet or surpass standards set by federal and state regulators when it leaves the water treatment plant; it may also become tainted and contaminated by the time it goes through the city's delivery system and pours out of the tap.

Detroit, like most major cities in America, uses lead pipe lines to funnel the water from the treatment facility to homes, businesses and other outlets throughout the metropolis and the region. And although DWSD initiated a pilot program to replace deteriorating water mains in select areas of the city, lead pipe service lines have not (for the most part) been replaced. In the initiative, lead service line will also be replaced with copper lines as part of Michigan's new lead and copper mandate. Cooper pipes, although they have their own set of health concerns, are considered much safer than lead pipes.

The Michigan department of Environmental Quality (MDEQ) has ruled that utilities must replace all lead service lines but allows utilities to do the work within regular maintenance schedules which effectively eliminates any definitive time frame for lead pipe replacement. Moreover, the MDEQ increased the acceptable level of lead in water from 10 parts per billion (ppb) to 12 ppb. The federal limit is 15ppb. Yet these limits are totally arbitrary and not based on any acceptable standard of health. The MDEQ is also proposing that water be tested annually instead of every three years which many believe is still drastically inadequate.

Replacing a lead service line can be expensive, ranging from 250 to over 3000 dollars. And the homeowners share of the cost can run from 450 to 10,000 dollars. Complicating matters is the fact that no one knows exactly where the pipes are that are oldest and more likely to need prompt replacement. (The estimated cost of replacing all the lead lines in the nation run as high as a trillion dollars).

"Detroit water, for whatever problems they're having with the water infrastructure, the water is very good," said journalist Anna Clark. "But again, there's still a lot of these structural problems that still need to be dealt with and people are concerned about other ways they might be vulnerable."

It is commonly believed that the health risks of lead weren't known until the early 20th century, but this is not entirely accurate. There are documented reports on the damaging effects of lead on human health that go back thousands of years. Descriptions of lead poisoning were found on scrolls in ancient Egypt, and in second century B.C.E. Dioscorides, a Greek physician, identified lead's ability to cause sickness. Ship builders and miners have been aware of the debilitating effects of mercury and lead for centuries. The same is true of potters, tinsmiths, and painters who were exposed to lead's toxic effects, and printers in the 16th and 17th centuries traced their illnesses to the lead type they were handling.

Yet, regardless of lead's known poisonous elements, it was considered ideal by industrialists, city planners, oil companies and others and was embraced as the most effective metal to put "civilization" on the fast track.

Plumbers, contractors, and government officials were fond of lead piping because it was durable and pliable; this despite being one of the world's best-known neurotoxins.

"The early focus was on organic pollutants like typhoid and cholera," said historian Werner Troesken. "And there was little understanding of how serious the long-term effects of lead could be."

Exposure to lead can have devastating effects. It can cause brain swelling, fatigue, anemia, learning disabilities, violent behavior, kidney failure, seizures, coma, and death. And ingesting water with high levels of copper can cause liver and kidney failure.

The widespread use of lead in pipes, paints, and gasoline has created a toxic environment from which there is no easy fix. And, thus, we live in a city, a state, and a nation where we are surrounded and permeated with lead and its many hidden and unnoticed manifestations.

"Newer structures aren't immune either, "said Detroit journalist and author, Anna Clark. "In the original law, lead-free pipes were defined as containing no more than 8 percent lead. It wasn't until 2014 that Congress reset the limit to 0.25 percent for pipes and plumbing fixtures and slightly less for solder. Many anti-lead advocates insist that it should be zero." 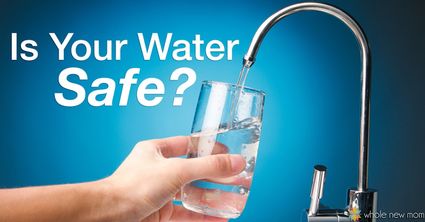 Detroit has one of the highest rates of childhood lead poisoning in the state. And the data shows that large depressed urban areas are usually the places where children are ingesting lead and suffering the terrible effects of lead poisoning.

The bottom line is that for decades politicians and government watch-dog agencies were blissfully ignorant of or unconcerned with the silent scourge of lead toxins in their midst and under their noses. Apparently, there was no need to act on something harmful if there was no testing, no certainty of proof, and no pressure to do something. And sometimes, even when there was, there was still no action.