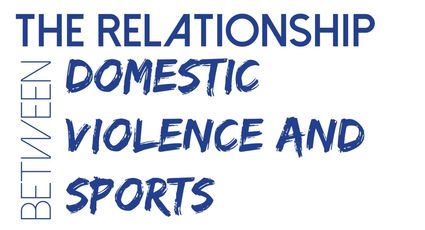 This has been a pretty horrible week for sports in general. We're all gritting our teeth and hoping to get to the end of it without any more horrific news coming down the wires.

As a culture, we spend all year looking forward to that mythic four month time frame we call "football season". We put off weddings, organize schedules, and plan our lives around what we like to think is the best time of year. There's nothing like going over to your buddy's office and trash talking the Aggies or complaining about Nick Saban.

I could pretend the games will take my mind off things, but they won't. The games are, by and large, pretty terrible, but even if there was wall-to-wall epic rivalries this weekend, what would it say about us that we could be so easily distracted?

42 million women will experience physical violence, rape, and/or stalking by an intimate partner in their lifetime

18 million women have been victims of sexual assault

1 in 3 women will experience physical violence

1 in 10 women will be raped by an intimate partner

18 percent of American women have been raped

44.6 percent of American women have been victims of sexual violence