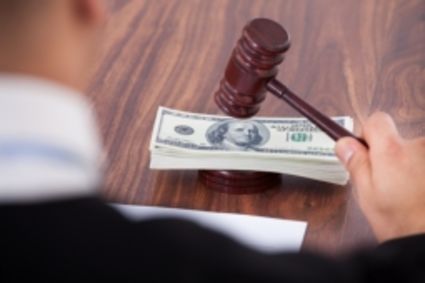 The Eighth Amendment to the United States Constitution states that "excessive bail shall not be required, nor excessive fines imposed, nor cruel and unusual punishment inflicted" and the Declaration of Independence declares that people are entitled by the Creator to life, liberty, and the pursuit of happiness. The American judicial system with its imposition of money bail on the marginalized, the and the destitute, and depriving them of their freedom simply because they are poor is working contrary to the principles outlined in the noble documents that founded our nation.

There are millions of people arrested every year in America and most of them are locked away in jails simply because they don't have the money or the means to buy their liberty.

Most people that are arrested are charged with non-violent offences involving petty offences or civil infractions, and it would be no serious threat to the public even if they did not show up for their scheduled court appearances. They are not going to leave the city or the state to elude the consequences of a minor infraction, and even if they were so inclined, they don't have the resources to accomplish it.

There is a push in several cities to reform or do away with the money bail system entirely. In Detroit, the initiative frees selected people charged with crimes by using the funds contributed by concerned citizens. Once the case is resolved and the bail money returned, the funds are used to free another person jailed under similar circumstances.

Detroit is building a new jail with an estimated cost of 1 billion dollars where, again, thousands of destitute and legally innocent people will be incarcerated with many being warehoused for weeks, months or years because they are unable or incapable of coming up with what amounts to a ransom.

Moreover, the jails are breeding grounds for every abuse and perversity imaginable including murder, arson, rape, and robbery. To lock someone away in these kinds of conditions is arguably a violation of the Eighth Amendment's cruel and unusual punishment clause.

In Detroit there are two non-profits; the Detroit Justice Center and the Bail Project that are on a mission to relieve the burden of impoverished people that are arrested and jailed and don't have the means to buy their way out. They provide the bail money and (contrary to what may be assumed) those released show up for their court dates.

Studies show that most people that fail to show for their court appearances do so, not because they are attempting to cheat the halls of justice, but because they had no transportation, or they simply forget the date and time.

Groups like Detroit Justice Center and the Bail Project are working to reform and to eventually eliminate what they consider a tiered system of justice. A system where the monied top tiered are freed to successfully adjudicate their cases, and the bottom tiered are forced to stay locked up and be ensnared in the assembly line justice process; a process that often results in them losing their jobs, being absent from their loved ones, and being mired further into debt and poverty.

The human damage and trauma which is incurred in America's cash bail system is disastrous and incalculable and makes a mockery of the very foundation of American jurisprudence which proclaims that a person is innocent until proven guilty.

When the Jail Project and the Detroit Justice Center pays the bail of indigent people, it alleviates the stress and the pressure that is placed on them to "plead out" their cases and accept convictions to avoid lengthy sentences. They are then called and texted to remind them of their court dates. Statistics indicate that almost all the people they've freed have either been found not guilty or had their charges dismissed entirely.

Bail reform and/or bail abolition is crucial when you consider that approximately 90 percent of people arrested and held in jail, plead guilty just so they can free themselves from the nightmare of incarceration and go home to their families and their lives.