The PuLSE Institute host forum on Race, Illiteracy and Poverty

Confronting the three evils of Public Education in Detroit 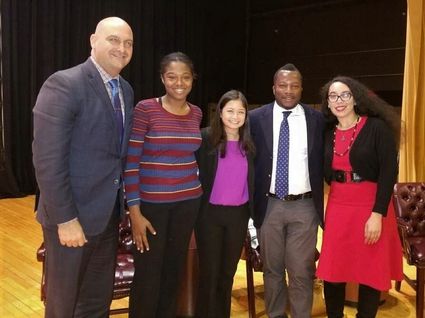 The state of the Detroit Public School Community District is currently at a level where there is only one way to go and that is up. The PuLSE Institute's latest forum Race, Illiteracy and Poverty - Confronting the three evils of Public Education in Detroit was their next step at coming up with policies to keep the momentum going. The forum took place on November 14th in the auditorium at Denby High School which is located on the East side of Detroit. The panel included Dr. Nikolai Vitti, Superintendent Detroit Public School Community District, Mark Rosenbaum – Director, Public policy under the law and Tina Patterson – President of the Pulse Institute. The forum was moderated by Bankole Thompson – Columnist Detroit News and Editor at the Pulse Institute.

Supt. Vitti has been at the helm of the Detroit Public School Community District for less than two years. As he took over the failing district from State control (Emergency Management) he stated, 'it was obvious that there were no accountability measures in place. Detroit is regarded as having the lowest literacy rates in the county.' But all is not lost. 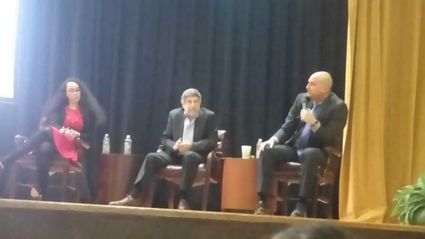 The one two punch of active community members, The PuLSE Institute, the law suit that Mark Rosenbaum filed with the 6th Circuit Court of Appeal and Supt. Vitti who has some strategies that are working, there is hope. The passionate community members who attended the forum left with attainable answers to their questions. The four steps that started the discussion were 1) Acknowledge the problem that students are performing below standards 2) Remove barriers that the kids have; example poverty, trauma, safe drinking water and qualified teachers 3) Access to literacy with children having access to Literacy Specialist and focusing on Phonics from Kindergarten to third grade and 4) it didn't begin with the current Supt and school district. It goes back to slavery and the mindset of teaching kids to read and poverty.

The PuLSE Institute is using the Douglass Project philosophy named after 19th century abolitionist Frederick Douglass. The Douglass Project, is one of the core programs in the Research Department of The PuLSE Institute, producing evidence-based analysis, policy initiatives and proposals that are strategically aligned with the principal pillars of race, equity, and democracy. The goal of the project is for the successful implementation of solutions to inequality that will be useful to present and future generations.