ROGUE STATE LEGISLATORS AND THE THEFT OF DEMOCRACY! 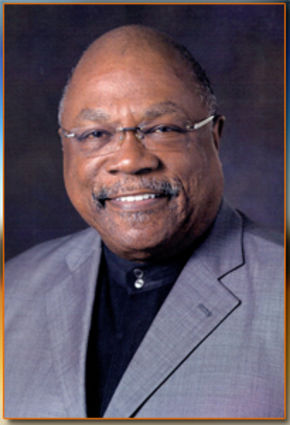 One has to wonder whether or not we actually had midterm elections in 2018. The recent actions by Republican led state legislatures in Michigan and Wisconsin, and election controversy in North Carolina raise serious questions about maintaining the integrity of our electoral process. The actions now taken to undercut the election in the state of Michigan by the Republican dominated state legislature is more crooked than the great train robberies committed by Jesse and Frank James in the Missouri territories. The only thing the legislature in Michigan lacks is a face mask and a six shooter.

One of the framers of our democracy Thomas Jefferson said, "Whenever you do a thing, act as if all the world were watching." During this "shame duck session," some members of the Michigan House don't seem to care nor are they acting as if the people are looking. They are robbing the citizens who voted overwhelmingly for Proposal 2 (Voters Not Politicians), 67-33%, designed to end the practice of gerrymandering. They are attempting to rob the people of their affirmative decision in Proposal 3 (Promote the Vote), 61-39%, designed to provide greater voter access. This is no more than a political heist of the highest order. The plan is to undercut the power of incoming Governor-Elect Gretchen Whitmer, Secretary of State-Elect Jocelyn Benson, and Attorney General-Elect Dana Nessel. In other words, they are attempting to steal the power of Michiganders who voted to change the political direction in Michigan.

Several low-down and dirty bills have been introduced in this lame duck session. It's a lame duck because the wings of the duck have been clipped. He is waddling across this rocky road, lying between two outgoing and incoming administrations. In case everyone did not get the memo, the people voted for a change in the way we draw the lines around congressional districts. The people voted to provide greater voter access and the right to register to vote up to and including the day of the election. These mean- spirited legislators are attempting to steal the very rights of the people who voted for change, right in front of our eyes. • Senate Bills 1238-1240 undercuts the Promote the Vote proposal. • Senate Bill 1254 undercuts the anti-gerrymandering proposal. • Senate Bill 1252 shifts the oversight of campaign finance law from the incoming Secretary of State. • House Bill 6553 would allow the Michigan House of Representatives and the Senate to interfere with legal proceedings involving the state (traditionally the responsibility of the state Attorney General or the Governor's office).

• Senate Bill 1175 would change the way employers provide paid sick time and the number of employers exempted by various business entities. • Senate Bill 1171 would gut the minimum wage initiative, a measure that would assure the minimum wage would rise according to inflation. Rogue lawmakers are already trashing the one fair minimum wage agreement, fought for by workers across the state. • Senate Bill 1182 would change the way law suits and civil actions should be awarded to both the attorneys representing the plaintiffs and the defendants. It is designed to discourage citizens and organizations filing civil actions against various injustices.

This trend of tyranny is also evident in the state of Wisconsin. Mean-spirited Republicans are attempting to limit early voting to no more than two weeks before an election. This restriction was similar to what a federal judge has already ruled as unconstitutional. The responsibility of the incoming Attorney General in Wisconsin would also be reduced. A proposal that requires a legislative committee rather than the Attorney General to sign off on withdrawing from federal lawsuits, now sits on the table. The Wisconsin measure would also give the legislature oversight over Governor-Elect Tony Evers, potentially preventing him from seeking waivers for health care. Outgoing governor Scott Walker is even backing away from his promise to ensure coverage for people with pre-existing conditions, made during the height of the recent election. He is hiding behind a political mask of a lawsuit filed this past February which attempts to declare the Affordable Care Act unconstitutional.

Two years ago, several similar measures were declared unconstitutional in the state of North Carolina. One measure in particular was the 2016 ruling by the federal courts that ended the practice of gerrymandering in the state. Judge James A. Wynn of the U.S. Court of Appeals for the 4th Circuit Court indicated, "When maps are gerrymandered, the government no longer reflects the will of the people." The ruling questioned North Carolina's general assemblies "Commitment to acting constitutionally compliant, nondiscriminatory election laws." One can recall the July 2016 4th U.S. Circuit Court of Appeals ruling indicating that North Carolina legislators, in their efforts to discriminate against black voters, had drafted a law that would "target African Americans with almost surgical precision." Today, in the state of North Carolina, the election in the 9th Congressional District is still not certified. This is due to allegations of voter fraud, and the elimination or destruction of over 1000 absentee ballots, predominantly from African Americans. There has been an illegal solicitation of absentee ballots by paid individuals of a republican operative by the name of McCrae Dowless. Why has there been no outcry of voter fraud from President Donald J. Trump? Where is the former chair of the Presidential Advisory Commission on Election Integrity, Kris Kobach, when you really need him? Do you hear the crickets chirping?

The resolution to these issues in Michigan, Wisconsin, and North Carolina is very simple. Respect the will of the people. Get better policies and you will win more voters. Don't try to steal it, after you have lost it. Democracy has a way of going full circle. As they say on the street, "What goes around, comes around." This is a prelude to the general election of 2020. Some lawmakers are running scared. For the people of Michigan, do not be discouraged. Now is the time to be encouraged. We must not step back. We must all step up. Governor Rick Snyder, please don't go off into the pages of history having turned back the page on Michigan democracy. When these bills arrive on your desk, remember the words of the former First Lady Nancy Reagan, "AND JUST SAY NO!" Dr. Martin Luther King, Jr. reminds us, "Our lives begin to end the day we become silent about things that matter. The time is always right to do what is right." We shall not be silent because the time is always right, to do what is right, to preserve and protect our democracy.