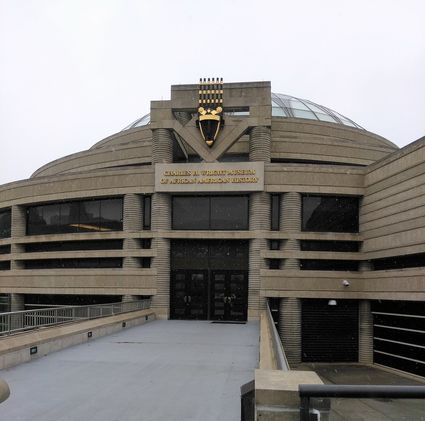 A spokesperson for the Black Legacy Coalition is questioning the museum's direction after the resignation of former CEO, Juanita Moore, who retired on July 1st after serving nearly 12 years at the helm of the museum. The Coalition is also calling for increased community representation on the Board of Trustees as well as on the committee responsible for hiring a new CEO for the institution. Board member, George Hamilton was appointed interim CEO until a permanent replacement is found.

The museum grew out of the vision and aspiration of Dr. Charles H. Wright who founded it in 1965. It's been housed in its current location at 315 E. Warren in Detroit since 1997, where it is reportedly one of the largest museums devoted to African American history in the world. It has over 35,000 artifacts and archival material.

The C.H. Wright African American Museum had expenses of over six and a half million dollars in 2017 and it depends heavily on corporate and private donors to keep its doors open. (One of the requirements of being accepted on the board is the ability to either raise or donate $10,000 dollars).

On December 6, the museum held its Annual Meeting of Members event. Two of the facilitators were Board Chairman, Eric Peterson and interim CEO, George Hamilton. Dozens of representatives of corporate sponsors as well as about 200 museum members and community activists were in attendance.

Highlights in the museums programming were also shared with attendees, such as nine changing exhibitions to supplement the institutions popular and long running Journey Through African American History and Culture exhibit and the African Americans in Science and Technology exhibit. Board Chairman, Peterson spoke proudly of the permanent move of the celebrated Tuskegee Airman Museum to the Charles H. Wright to take place in the spring of 2019.

During questions and answers several Detroiters voiced their concerns about the direction the museum was taking and whether the focus would remain consistent with the vision and legacy of its founder, Dr Wright, and how it would memorialize African ancestors.

"Regarding the Monticello exhibit," said one commenter. "I don't believe the museum should display any imagery of Jefferson. And if it does, perhaps we could put a sheet over his face."

Interim President, Hamilton said the museum wanted to have community input and encouraged people to apply for positions on the Board of Trustees which can be done on the museum's web site.

Yet, the issue that seemed to garner the most attention and emotion was the direction of the museum, especially considering the scheduled Monticello/ Hemmings exhibit scheduled for early March.

"I've done a lot of research on Sally Hemmings and her family," said Hamilton. "And it's a story that needs to be told; not from their eyes but from our eyes. And we think it needs to be discussed. And we are looking forward to constructive discussion besides just not liking the exhibit because there are a lot of things we don't like; but we can't hide or run from it. So I would like to have the exhibit here at Charles H. Wright rather than seeing it at another place. One we don't have any control over."

Several attendees questioned the emphasis on exhibits that showcase African slaves and European slave masters, when there is so much glorious African history that hasn't been honored. "And If we have to show slavery," one woman chimed in. "Let's show some freedom fighters like Sojourner Truth, and Harriet Tubman and some insurrectionists like Nat Turner, Denmark Vesey, Gabriel Prosser and many others."

Monticello was the main plantation of Thomas Jefferson, the third President of the United States and one of the writers of the Declaration of Independence. The Monticello exhibit examines the life of slaves on Jefferson's estate, particularly those of Sally Hemmings and her relatives. Hemmings was born into slavery in 1773. She was the half sister of Jefferson's wife, Martha, whose father was John Wayles who owned over a hundred Black slaves on his large estate. Jefferson inherited the slaves upon his father in law's death as well as 11,000 acres of land.

Since Hemmings mother was a slave in Virginia (and like many states in America) Hemmings also was enslaved because children born to enslaved mothers could legally be placed in bondage regardless of the race or status of their fathers. And since an enslaved woman has no control over her life or choices, the children fathered by Jefferson and birthed by Hemmings could not have been conceived in a consensual relationship but had to have come about through rape.

Historians have surmised that Jefferson fathered six children with Hemmings, four of which survived to adulthood. All were eventually freed (only after Jefferson's death) and three of the four merged into Caucasian communities and passed for White. The fourth, Madison Hemmings and his offspring were the only Hemmings children to identify with the Black community.

Board Chairman, Peterson described the Monticello exhibit as one of the most successful exhibits in the nation. And he predicted that it will be successful at The Wright and infuse badly needed funding into the museum's coffers.

Even so, there seems to be heightened sensibilities about the course the C.H. Wright Museum is taking, and the Slavery at Monticello Exhibit is proving to be a lightning rod for controversy and dissention. Many grass root community groups are questioning why Detroiters don't have more influence over a facility the city owns and contributes almost a third of the annual budget to. 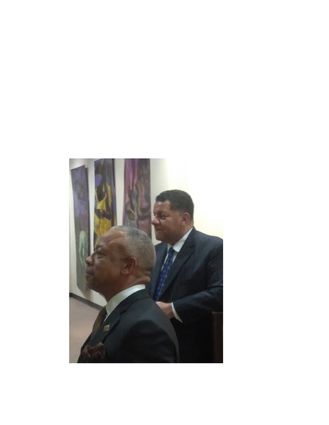 Gayle Jessup White, who is a fifth-generation descendant of Hemmings and Jefferson, said the exhibit is not so much about Jefferson. It is about telling the story of the Monticello plantation from the slave's perspective while exposing the paradox in the American psyche. A paradox which proclaims liberty for all on one hand, while inflicting slavery and the most brutal injustices with the other hand. "The man who gave us the words that all men are created equal, actually owned people," said White. "We have to face that history."

Information about the programs offered at The Wright can be found at http://www.thewright.org.