GETTING TO KNOW YOUR ELECTED OFFICIALS 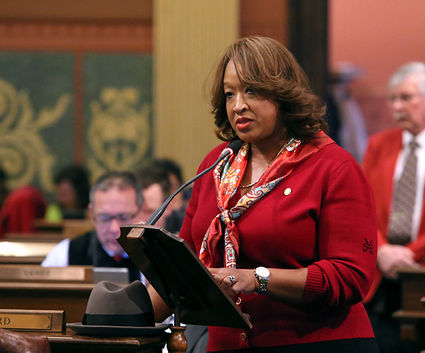 LANSING - This morning, during a marathon final session that lasted nearly 22 hours, the Michigan House rushed through legislation that will divert more than $141 million dollars away from the school aid fund in the first year. The move comes in the wake of numerous non-partisan reports that found that Michigan schools are underfunded by nearly $2,000 per pupil. The bill, HB 4991, passed without any Democratic support. In response to its passage, state Rep. Sherry Gay-Dagnogo (D-Detroit) issued the following statement:

"Robbing Michigan's children of their opportunity to learn and grow in the classroom in order to fill other funding gaps in the state would exacerbate our ongoing literacy crisis and put the futures of our kids in jeopardy. Our children should not be the ones that pay the price for catastrophes corporate polluters created, and this attempt to ransack an already underfunded school aid budget puts the needs of our students behind the wants of corporations. This bill, coupled with other anti-public education legislation passed during Lame Duck, will do nothing to put our students on the path to academic excellence."