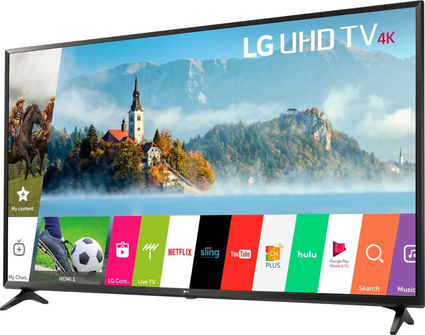 It's a new year and I predict in 2019, a big technology shift will finally begin. Let's start with the television set. If you don't have a flat screen or are looking for another one, the week or so before the Super Bowl can be a great time to upgrade your television, as you can find the type of deals that you may have passed over during the holidays. Buying a new television can be an intimidating endeavor. You need to figure out your budget, the right screen size and which manufacturer to select.

But not television deals are created equal, and now more than ever it pays to look at more than just the sticker price. If you're shopping for a television before the Super Bowl or any time for that matter, don't worry if you are not familiar with the technical jargon. You won't need a dictionary to make an informed purchase because a reference of common TV tech terms has been compiled in an easy to use format.

Full Array – Unlike an edge-lit TV, where LEDs are placed around the perimeter of the TB, a full array television has LEDs behind the entire screen.

Local Dimming – Most full array televisions offer local dimming for added control over the backlight and better contract, resulting in a clearer picture.

High Dynamic Range – Televisions with high dynamic range (HDR) reproduce a wider range of contrast and brightness levels, resulting in richer color. You may also see more televisions branded with technologies such as HDR10+ and Dolby Vision, which are essentially two improved types of HDR.

OLED – OLED (pronounced "oh-led") TVs are incredibly thin as each pixel is its own light source, therefore no backlighting is required. These TVs deliver unprecedented contrast ratios and exceptional black levels compared with LED-backlit TVs.

QLED – Instead of embracing OLED, Samsung has gone all in on TVs powered by its own "quantum dot" technology which offers several benefits, including a wider, more true-to-life color palette. While not as thin as OLED TVs, QLED televisions are generally less expensive.

Refresh Rate – Usually measured in hertz (Hz) and the higher the number, the smoother the motion will be. Refresh rate is important for fast action content such as team sports, video games and blockbuster movies. Generally speaking, a 120Hz TV will handle motion better than a 60Hz television. 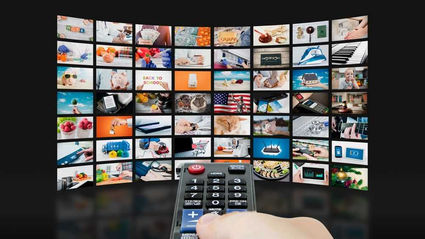 I recommend that you measure your wall space before buying your new television or use painter's tape on the wall to envision the area of your new television to ensure you buy the right size. Bigger is better in most cases, plus the bezels around the screen on the televisions today are a lot smaller than before, which allows you to get more screen out of the TV size. As it relates to how far back to sit from your TV, it is a personal preference but a general rule of thumb is 1.5 to 2.5 times that diagonal screen size. So, for example with a 60 inch television, you can sit anywhere between 7.5 to 12.5 feet from the screen.

Willie E. Brake is a Computer Expert and Industry Analyst at All About Technology, a Certified Minority Business Enterprise and Microsoft Authorized Refurbisher, based in Detroit, Michigan.